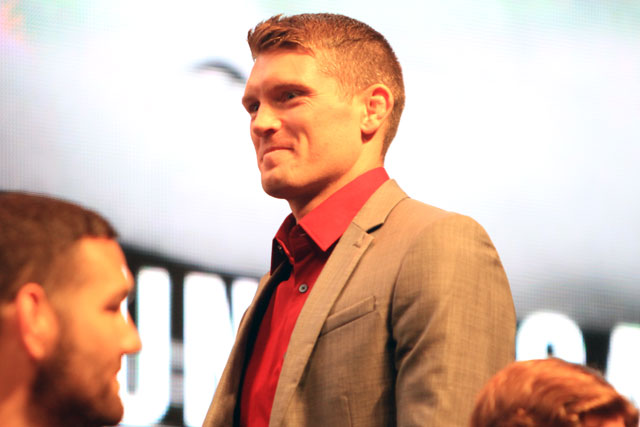 When Stephen Thompson showed up in the UFC just over four years ago and lamped Dan Stittgen with a beautiful Brazilian kick to the dome, there were questions if the karate stylist would be an exciting flash in the pan or a real welterweight contender. After Saturday night in Ottawa, we know the answer.

Since his Zuffa debut back at UFC 143 in Feburary 2012, Thompson has steadily improved and climbed up the 170-pound division. Last July, his spinning hook kick knockout of Jake Ellenberger put him in these rankings. In February, “Wonderboy” cemented his place among the division's elite by absolutely decimating former champion Johny Hendricks.

If there were any remaining questions about Thompson sticking around the top of the division, they were answered in Ottawa on June 18 when the South Carolina native dominated former title challenger Rory MacDonald from bell-to-bell and firmed up his imminent contendership, as he will now wait for the winner of the Robbie Lawler-Tyron Woodley title clash at UFC 201.

This edition of the Sherdog.com rankings also introduces a unique situation. In the past, we have determined an eligible fighter's ranking based on where they have contested their last two bouts. “Cowboy” Donald Cerrone has looked outstanding in his first two UFC welterweight bids, but he clearly remains one of the best 155-pounders in the world with no qualms about returning to the lightweight division.

As a result, Cerrone may find himself on our 170-pound bubble some day soon, but even with consecutive welterweight bouts, we've opted to leave him amongst the eligible lightweight elite. After all, Cerrone could very well find a way to sneak in two consecutive 155-pound fights before 2016 is said and done.