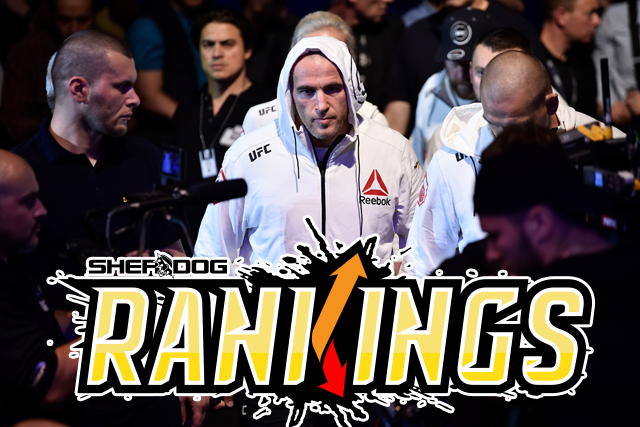 “The Boa Constrictor” ended the Ultimate Fighting Championship’s Russian debut in style, as he tapped out former title challenger Mark Hunt in the opening stanza of the UFC Fight Night 136 headliner in Moscow. The 41-year-old Oleynik has won four of his last five Octagon appearances and enters the Sherdog.com heavyweight poll at No. 10, sending former Bellator champ Vitaly Minakov to the bubble.

Meanwhile, Jan Blachowicz holds strong at No. 6 in the light heavyweight division on the strength of his second-round submission of bubble lister Nikita Krylov in the UFC Fight Night Moscow co-main event. Blachowicz has won four consecutive bouts, currently the longest active winning streak at 205 pounds. The 35-year-old Pole is calling for a title bout, but that may yet be out of reach.