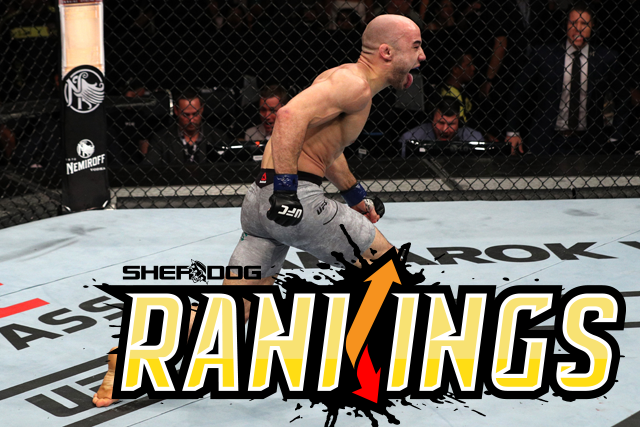 It was an inauspicious beginning for Marlon Moraes, but after a brief hiccup, he looks like one of the best bantamweights in the Ultimate Fighting Championship.

Since losing a contentious split-decision to Raphael Assuncao in his Octagon debut, Moraes has reeled off four consecutive victories within the Las Vegas-based promotion. The past three -- first-round finishes of Aljamain Sterling, Jimmie Rivera and Assuncao -- have established the former World Series of Fighting champion as the top contender at 135 pounds. Will he get the next shot at bantamweight gold? Much depends on the ambitions of reigning champion T.J. Dillashaw, who could still be more interested in a rematch with Henry Cejudo than defending his throne. At the very least, Moraes assumes the No. 2 position in our latest 135-pound poll, moving past Assuncao and Cody Garbrandt.

Meanwhile, Jose Aldo maintained the status quo at featherweight with a resounding second-round TKO of rising contender Renato Carneiro in the UFC Fight Night Fortaleza co-main event. As long as Max Holloway remains champion, Aldo may never ascend to the top of the division again, but following exciting triumphs over “Moicano” and Jeremy Stephens, he has no shortage of suitors for his next UFC appearance.