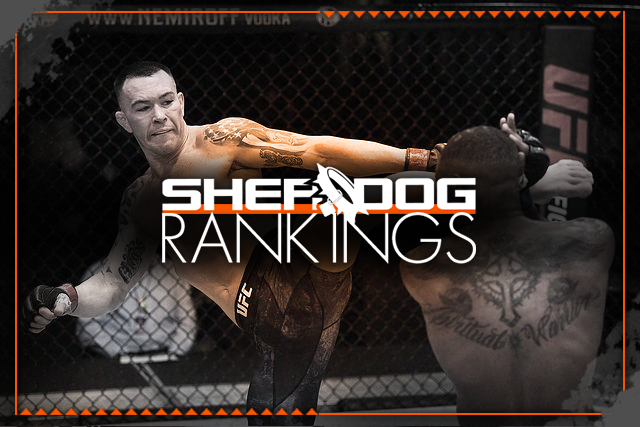 
It was a fight that should have happened at least two years ago, but in the present tense, Colby Covington proved himself to be far superior to Tyron Woodley in a battle of former American Top Team members.

Covington dominated their headlining clash at UFC Fight Night 178, ultimately winning via technical knockout when Woodley suffered a rib injury 79 seconds into the fifth frame. While Covington gets to maintain his standing near the top of the welterweight rankings, Woodley’s third consecutive lopsided defeat sends him from sixth to eighth in our latest 170-pound poll.

Elsewhere, 4-foot-11 Alesha Zappitella earned the biggest victory of her career when she claimed the vacant atomweight belt with a fourth-round submission of Ashley Cummins at Invicta Fighting Championships 42. That propels “Half Pint” to No. 6 in Sherdog.com’s updated atomweight rankings.