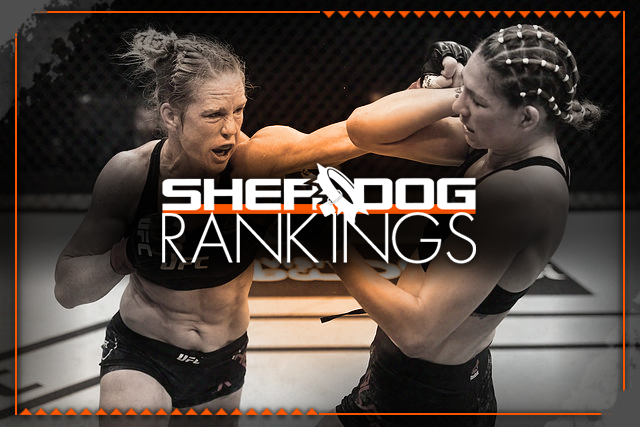 
Just a couple weeks shy of her 39th birthday, Holly Holm authored what was arguably the most complete performance of her Ultimate Fighting Championship career.

The former bantamweight queen dominated Irene Aldana for five rounds in the UFC on ESPN 16 headliner, capturing a lopsided unanimous decision that removed her Mexican foe from the brink of a title shot. “The Preacher’s Daughter” has hovered near the top of the bantamweight division for most of her promotional tenure, and her latest effort assured there would be no changing of the guard just yet.

The same held true for Germaine de Randamie, who submitted Julianna Pena in the third round of their featured UFC on ESPN 16 encounter. Like Holm, de Randamie has already come up short in a championship fight against reigning title holder Amanda Nunes, but also like Holm, she once again proved that the new contenders still have some work to do before they can reach the top of the mountain at 135 pounds.