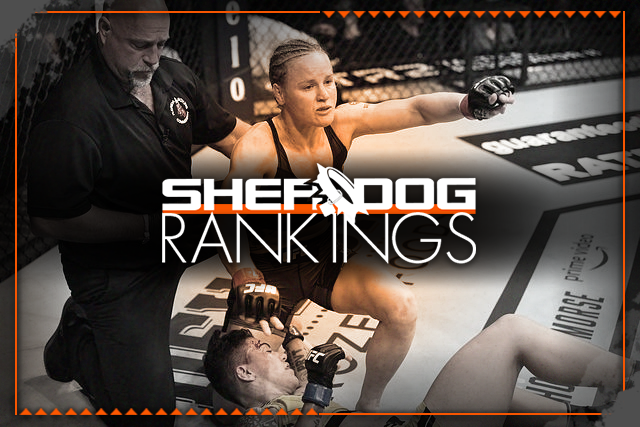 
A motivated Valentina Shevchenko is a sight to behold.

The reigning flyweight champion came out to prove a point against Jessica Andrade at UFC 261, and she did to the tune of a division-record seven takedowns and a mounted crucifix finish in the second round. Many believed Andrade could give Shevchenko problems in the clinch and on the canvas, but “Bullet” proved to be simply too strong in all aspects for her Brazilian adversary.

Shevchenko remains the unquestioned No. 1 at 125 pounds, and it seems unlikely that she’ll be seriously threatened in the division anytime in the near future. At some point, the UFC may have to reconsider the Amanda Nunes trilogy. For now, Shevchenko will continue to clean out her own weight class.

Elsewhere, Rose Namajunas returns to the No. 1 ranking at 115 pounds after a first-round knockout of Weili Zhang in the UFC 261 co-main event, while Kamaru Usman strengthened his stranglehold on the top spot at welterweight with a stoppage of Jorge Masvidal in Saturday’s headliner. After two lopsided losses to Usman, Masvidal’s memorable 2019 run seems like a distant memory, as he falls from fourth to sixth behind Leon Edwards and Douglas Lima.