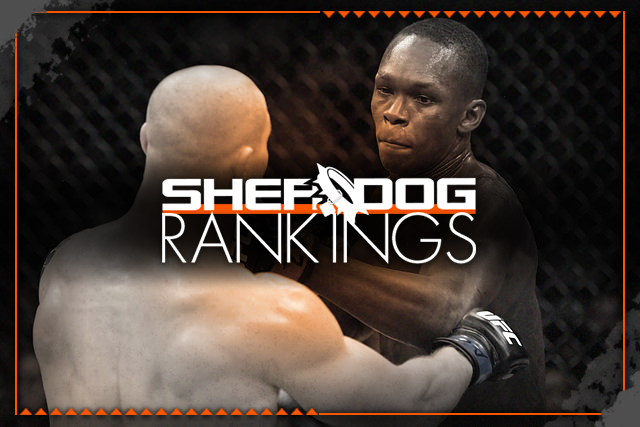 
Israel Adesanya reminded everyone why he’s still the world’s best middleweight at UFC 263.

Adesanya’s five-round verdict over Marvin Vettori in Saturday’s headliner at the Gila River Arena in Glendale, Ariz., wasn’t the most enthralling of bouts, it was nonetheless convincing. Vettori, who entered the matchup on a five-bout winning streak, was confounded for the better part of 25 minutes – with only a few takedowns to show for his efforts.

Adesanya’s victory maintains the status quo in Sherdog.com’s middleweight poll. While “The Last Stylebender” may have failed in his bid to become a two-division champion earlier this year, he is the unquestioned king at 185 pounds. In defeat, Vettori remains ranked fifth.

Elsewhere, No. 4-ranked Leon Edwards earned his first victory since 2019, knocking Nate Diaz from the welterweight bubble and further cementing himself as one of the 170-pound division’s top contenders. Meanwhile, Belal Muhammad entered the welterweight bubble at No. 14 and sent Demian Maia packing on the strength of a unanimous decision triumph on the UFC 263 main card. But the biggest move in the welterweight poll comes courtesy of Yaroslav Amosov, who outpointed Douglas Lima at Bellator 260 to claim championship gold and a No. 5 ranking.