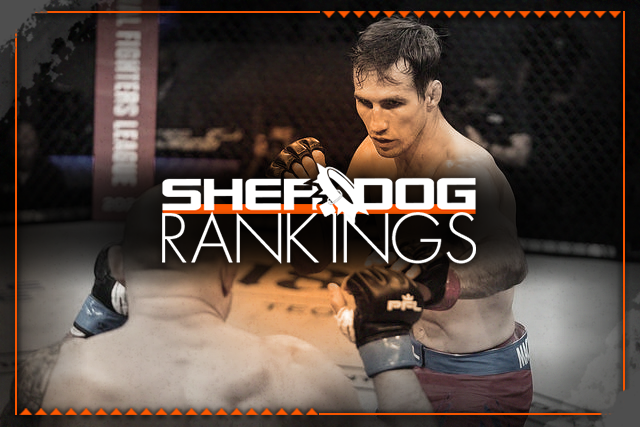 
In the eyes of most observers, Rory MacDonald didn’t lose his fight against Gleison Tibau at PFL 5.

Even though MacDonald’s split decision defeat against the Brazilian veteran is a leading “Robbery of the Year” candidate, it is a loss nonetheless. And even if “The Red King” had gotten the decision, it was not a performance that inspires confidence. As a result, the former Bellator MMA welterweight champion and Ultimate Fighting Championship title challenger falls out of Sherdog.com’s 170-pound poll entirely, clearing the way for Santiago Ponzinibbio to join the divisional rankings.

MacDonald still has a chance for redemption because his place in the Professional Fighters League welterweight playoffs is already secure. Whether that – or even having the verdict overturned -- allows him to return to the Sherdog.com rankings remains to be seen.

Elsewhere, Chan Sung Jung maintains his hold on the No. 6 ranking at featherweight after showcasing a surprisingly well-rounded skill set in a five-round verdict over Dan Ige in the UFC on ESPN 25 main event on Saturday night. Ige, who has suffered a pair of convincing losses to “The Korean Zombie” and Calvin Kattar in the past year, falls one spot from 12th to 13th.

In women’s action, Virna Jandiroba joins the strawweight bubble at No. 15 following a second-round doctor stoppage win over Kanako Murata, while Saori Oshima rockets to No. 11 at atomweight thanks her triumph in a one-night tournament under the Deep banner.