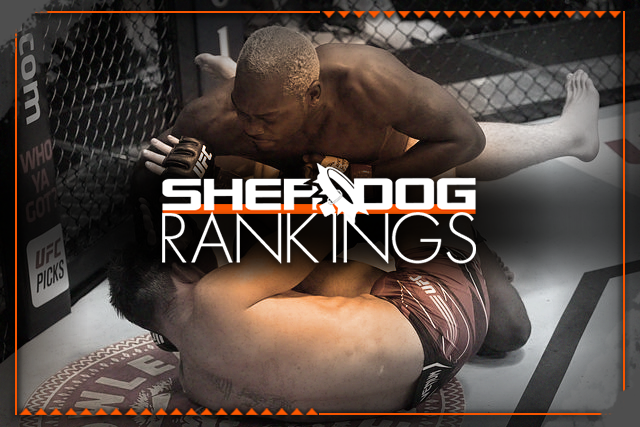 The North Carolina native dispatched the heavily-hyped Darren Till in the UFC Fight Night 191 main event, winning via third-round rear-naked choke at Saturday at the UFC Apex in Las Vegas. Brunson’s latest triumph allows him to climb all the way from 10th to sixth in Sherdog.com's latest divisional poll. That ascent was also aided by the exit of Yoel Romero, who has not competed at 185 pounds since a loss to Israel Adesanya in March 2020 and is now fighting at light heavyweight in Bellator MMA.

Elsewhere, One Championship strawweight (125-pound) title holder Jingnan Xiong won for the 11th time in 12 professional outings, defending her crown with a five-round verdict against Michelle Nicolini at One “Empower.” As a result, Xiong supplants Andrea Lee for the No. 15 spot on the flyweight bubble.

Romero wasn’t the only prominent name to be dropped from the rankings this week. Joanna Jedrzejczyk hasn’t fought since her epic title clash against Weili Zhang at UFC 248, and with no bout on the horizon, the Polish star loses her spot in the strawweight rankings. In this case, the beneficiary is Nina Nunes, who rejoins the poll at No. 15.