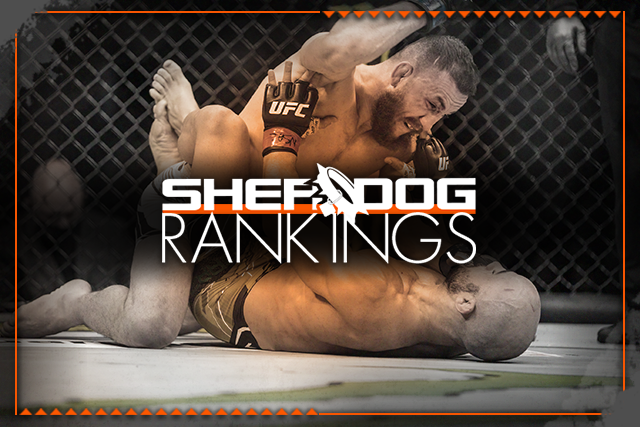 
Don’t look now, but there’s a new threat in the bantamweight division.

Showcasing an impressive combination of heart and dominance, Merab Dvalishvili rallied for a second-round technical knockout victory over Marlon Moraes at UFC 266 at the T-Mobile Arena in Las Vegas on Saturday night. After being dropped and nearly knocked out in the opening stanza, “The Machine” imposed his will through wrestling and ground-and-pound to break the former UFC bantamweight title challenger.

That makes six consecutive victories at 135 pounds for the Serra-Longo Fight Team representative, which allows him to make a big move to No. 6 in Sherdog.com's divisional rankings. The climb may be just beginning, because Dvalishvili’s style and gas tank make him a nightmare matchup for virtually anyone in his path.