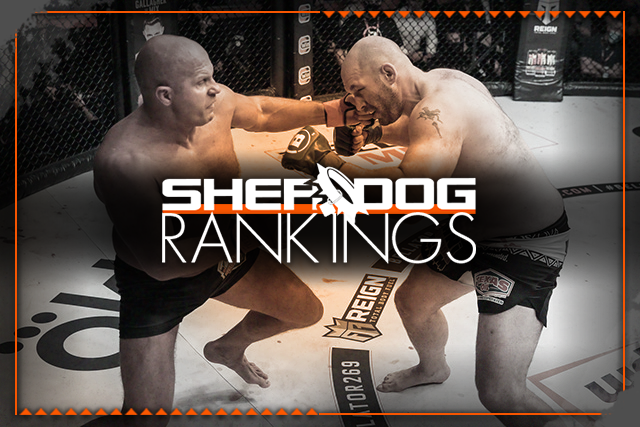 
Call it a farewell tour with a purpose.

Fedor Emelianenko authored arguably the most impressive victory of his promotional tenure at Bellator 269, knocking out recent interim heavyweight title challenger Timothy Johnson 1:40 into the opening round of their headlining bout on Saturday at VTB Arena in Moscow, Russia. It feels strange to say it in 2021, but it’s true: Emelianenko is a ranked heavyweight once more. By virture of his stoppage of the previously No. 12-ranked Johnson, “The Last Emperor” enters Sherdog.com's divisional poll at No. 14, with victories in four of his last five professional outings. There’s also a chance the stoic Russian fights again before officially calling it a career.

Elsewhere, Saori Oshima makes a big leap from ninth to second in the atomweight rankings after vanquishing previous No. 2 Kanna Asakura in the Rizin 31 co-main event on Sunday in Yokohama, Japan. It was an impressive promotional debut for Oshima, who was coming off a victory in the Deep Jewels grand prix this summer. In a division often short on active fighters, Oshima looks like a talent worth watching.