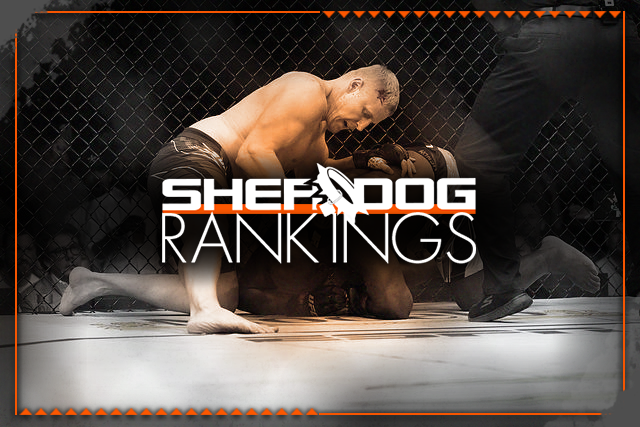 
While UFC 277 was all about Amanda Nunes’ return to power and setting the stage for a fourth meeting between Brandon Moreno and Deiveson Figueiredo, Sergei Pavlovich would like a word as well.


Advertisement
The 30-year-old Russian scored his most significant victory to date when he dispatched former heavyweight title challenger Derrick Lewis just 55 seconds into the opening round of their clash at American Airlines Arena in Dallas on Saturday night. While the stoppage was controversial, Pavlovich has won four straight fights since falling to Alistair Overeem in his promotional debut and has lost just once in 17 professional outings overall. As a result, the Eagles MMA representative makes a big leap in to the divisional poll, debuting at No. 5 — one spot ahead of “The Black Beast.”

Elsewhere, Magomed Ankalaev kept rolling along, winning his ninth straight contest with a second-round TKO of former light heavyweight No. 1 contender Anthony Smith. While the Dagestani standout appears to knocking on the door of a title shot at 205 pounds, he doesn’t make any headway in this week’s rankings, as he remains stuck at No. 6.

At flyweight, the aforementioned Moreno claimed interim gold with a finish of Kai Kara France in the UFC 277 co-main event, and Alexandre Pantoja solidified himself as a person of interest with a submission of former title challenger Alex Perez. Those results didn’t allow for much movement in the flyweight poll, but Perez does fall one spot to eighth.

Finally, the Rizin Fighting Federation super atomweight grand prix got underway at Rizin 37, with Seika Izawa, Ayaka Hamasaki, Si Woo Park and Rena Kubota all advancing to the semifinals. The biggest loser of the tournament was previous grand prix winner Kanna Asakura, who fell to Park via unanimous decision and drops from sixth to ninth in the latest atomweight update.