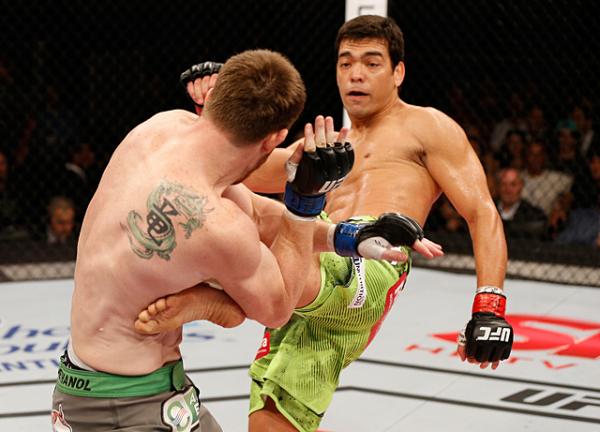 Lyoto Machida remains as dangerous as ever. | Photo: Josh Hedges/UFC/Zuffa/Getty


Lyoto Machida at his best is a cold, efficient killer.

“The Dragon” kept his name near the top of the title-contender list on Dec. 20 in Sao Paulo, Brazil, as he ripped through C.B. Dollaway a mere 62 seconds into their UFC Fight Night headliner. Machida connected with a crushing kick to the ribs, trailed the stricken Power MMA Team representative to the cage and put him away with unanswered punches. The 36-year-old karateka, who once held Ultimate Fighting Championship gold at 205 pounds, now owns a 3-1 record inside the organization’s middleweight division.

Machida was not the only former Brazilian champion to exit the cage at Jose Correa Arena with a much-needed victory. Former UFC bantamweight titleholder Renan Barao bounced back from his UFC 173 defeat to T.J. Dillashaw by submitting Mitch Gagnon with a third-round arm-triangle choke in their co-main event. “The Baron” is 8-1 since touching down in the UFC in 2011.