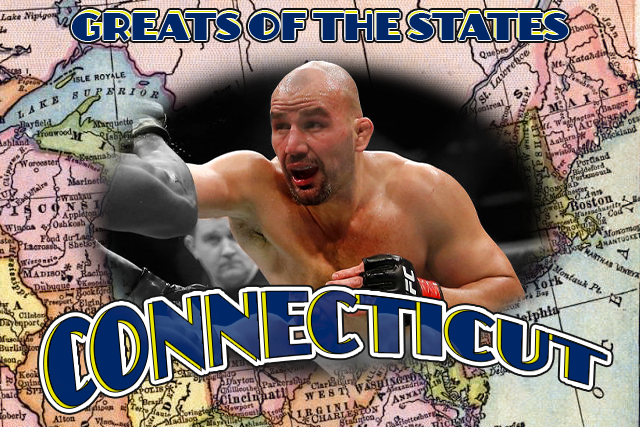 On Saturday at UFC 267, Glover Teixeira authored one of MMA’s all-time Cinderella stories, tapping out the heavily favored Jan Blachowicz to become the 16th man to win the UFC light heavyweight title. It was the crowning moment of a remarkable two-decade career and a feel-good moment for one of the most well-liked fighters in the sport. As praise and plaudits continue to shower the indefatigable 42-year-old, it’s time to add one more honor to the list: the greatest mixed martial artist to hail from “The Nutmeg State.”

Teixeira’s résumé, which now includes the light heavyweight belt in addition to the UFC career records for submissions and finishes in that division, is beyond reproach, and the gap in accomplishment between Teixeira and the second-greatest fighter from Connecticut may be the widest of any state. For those who would argue against his inclusion in this series, the facts are similarly lopsided in his favor: Teixeira moved to Connecticut in 1999 as a 20-year-old and, aside from a brief stint back in his native Brazil in 2005 while he sorted out his long-term work visa, has lived there ever since. He has called Connecticut home for over half his life — including his entire fight career, as his residency predates his MMA debut by several years.

Behind Teixeira, there is a thin but growing crop of fighters to populate a “Greats of the States” list. 2016 winner Newell, who once fought his way to a World Series of Fighting title shot against Justin Gaethje, had already peaked by the time of the original article’s publication and went 3-3 afterwards. In the last two years, William Knight and Parker Porter have joined Teixeira in representing Connecticut in the UFC Octagon, but it will be a long, long time before anyone passes the old man on this list — if it ever happens at all.
« Previous Greats of the States | Colorado: Donald Cerrone