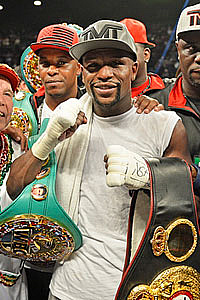 There are many things that define fighters, each in vastly different ways. Yet once every few generations a fighter will identify himself as unique among other thoroughly gifted athletes, many of whom will never quite touch their full potential. It is very rare that an elite athlete not only touches that potential but seems to master it and take it to levels beyond even his own capability. Floyd Mayweather Jr., love him or hate him, is one of those athletes.

The first aspect of Mayweather’s abilities has to be acknowledged duly. The man is educated in pugilism and educated well. It’s not just about coming from a boxing family in that his father and both of his uncles fought, two of them on the global stage. It is really more centered on the style that his father named to Sherdog.com writer and professional boxing trainer Luis Monda as the “Crab.”

Many people have tried to emulate Mayweather’s stance: lead arm down and tucked tight to the body, rear hand approximately thumb-distance from the cheek, feet slightly wider than the shoulders, with the knees bent in a half-crouch. Mayweather does not begin in this position to look cool or even necessarily to taunt the opponent. He is using a style of fighting, a style much, much older than it is given credit for. Continue reading ...
FIGHT HISTORY - PRO EXHIBITION
Related Videos 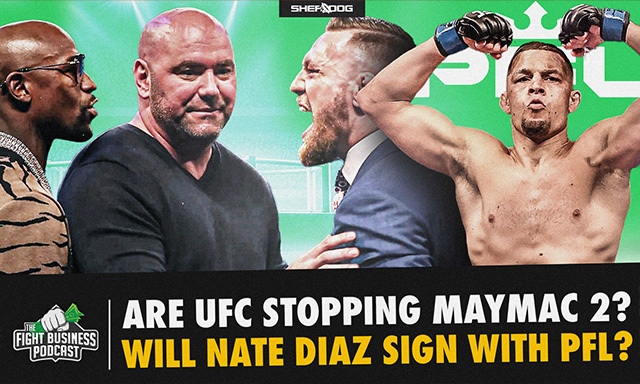 Defiant Adesanya Finds Common Ground with GSP, Silva, Mayweather After UFC 276 Israel Adesanya is well aware of the criticism aimed in his direction following his latest title defense. He just doesn’t care all that much.
UFC
Tristen Critchfield
Jul 03, 2022

Conor McGregor: UFC Story ‘Far from Over,’ Vows to Compete in Boxing Again Conor McGregor’s first priority remains a UFC comeback, but the Irish star eventually plans on making a return to the Sweet Science, as well.
UFC
Tristen Critchfield
May 29, 2022

Francis Ngannou: Tyson Fury ‘Has to Be Part of Discussion’ in UFC Negotiations Francis Ngannou has provided some clarity as to what he wants from the Ultimate Fighting Championship regarding contract negotiations.
UFC
Tristen Critchfield
Apr 25, 2022
View More