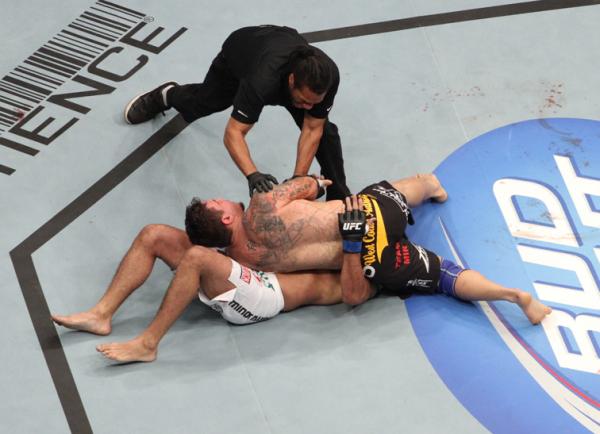 
The Ultimate Fighting Championship heads to San Diego for the first time since 2010 with an excellent offering on Fox Sports 1. In the headliner, grizzled veteran Frank Mir attempts to make one last run toward the top of the wide-open heavyweight division, drawing young gun Todd Duffee, who is as close as the division has to a young up-and-comer.

Underneath the main event, proceedings really pick up with a fantastic lightweight matchup, as Josh Thomson will face “The Ultimate Fighter” winner Tony Ferguson, who is on the cusp of making a real splash; Holly Holm returns to action against Marion Reneau in a potential barnburner of a women’s bantamweight fight; and a trio of interesting matchups complete the main card. The undercard is not terribly intriguing, but several of the bouts might provide some action.

Let us examine each individual matchup for UFC Fight Night “Mir vs. Duffee” on Wednesday at the Valley View Casino Center: 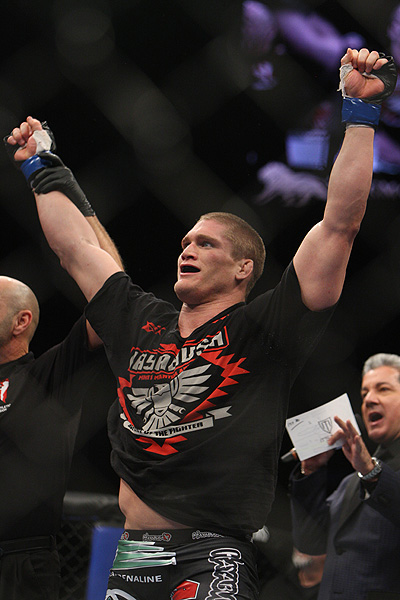 THE MATCHUP: Former heavyweight champion Mir has been with the promotion since 2001 and is by far its longest-tenured fighter. With two dozen fights under the UFC banner, he is nearing the end of the road, and after snapping a brutal four-fight losing streak with a win over Antonio Silva in February, he is looking to make one last run in a division replete with older fighters making career turnarounds. Duffee was once a wunderkind prospect, but a humiliating loss to Mike Russow and a blowout at the hands of Alistair Overeem back in 2010 halted his momentum. Since then, however, he has run off three consecutive knockout victories in a grand total of 3:11.

Mir took a year off following a three-round drubbing at the hands of Alistair Overeem in February 2014 and showcased real improvements in his last outing. He abandoned the southpaw stance he had utilized throughout his career, instead working his boxing-heavy approach from orthodox. The sample size is obviously limited, but he threw better combinations, a crisp jab and moved his head. In the broader view, Mir’s striking repertoire has always been potent offensively; defensively, however, he has been nothing short of a disaster, with an increasing inability to absorb punishment compounded by abysmal head movement and instincts.

The core of Mir’s game lies on the mat. He is a better wrestler than he has been given credit for, with a nice double and a solid array of trips and throws in the clinch. Once the fight hits the ground, he passes nicely on top, maintains solid control and is always hunting for the submission, particularly kimuras and armbars. On his back, however, Mir’s aggressiveness gets him in trouble, as he is far too content to look for the finish even while absorbing massive streams of punches and elbows. While still dangerous on the feet and on the ground, Mir’s physical decline is both obvious and a matter of real concern.

Duffee is a pure striker with outstanding athleticism and dynamite in his hands, but given the fact that he has finished most of his fights in the first round, there is only a small sample from which to gather information about him. Mostly a boxer, a rangy 1-2 or 1-1-2 is his bread and butter, and he fires them off early and often. He is exceptionally aggressive, works at a quick pace and has reasonably good instincts for placing his shots around and through his opponent’s guard. The counter right hand is a solid facet of his game. Nobody will confuse him with Anderson Silva defensively, as he relies almost entirely on range to avoid his opponent’s shots and is often there to be hit, particularly against the fence.

Any pure striker relies on takedown defense, and Duffee is no exception. He has generally been excellent, particularly when he can use the cage for balance and to wall-walk back to his feet, but he has a bad habit of panicking and giving up his back as he tries to get up. We know almost nothing about his grappling repertoire.

THE PICK: Given Duffee’s limited sample and Mir’s physical decline, there are variables here that go beyond the pure matchup. At the end of the day, however, the outlines of the fight are clear: Mir will want to take this to the ground, and Duffee will do whatever it takes to keep it standing. The latter seems more likely, given Mir’s advancing age, never-outstanding wrestling arsenal and Duffee’s off-the-charts physicality. The pick is Duffee by knockout in the first round.