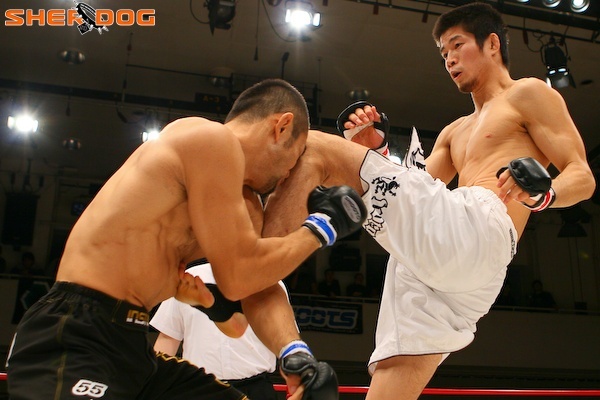 When we talk about mixed martial arts these days, it often feels like the acronym is effectively synonymous with the Ultimate Fighting Championship. There is an entire world of MMA out there, however, and the UFC could not exist without smaller, regionally based promotions.

Regional MMA is the structure that underlies the sport at its highest level -- a combination of minor league, talent development system and, of course, live and televised entertainment that plays to local crowds. It offers something fundamentally different than the experience of high-level shows, a mixture of crazy violence, rising young talent and attention-grabbing stunts that rarely fail to keep the viewer entertained. You can tune in on any given day and find Russians dancing a lezginka in the middle of the cage, celebrity ring girls far more famous than any fighter on the card in Brazil or a local Polish star riding to the cage in an honest-to-goodness tank.

The latest edition of the Sherdog Top 10 series takes a look at the best regional promotions operating today, evaluated according to the criteria of talent quality, the average level of entertainment and track record of success. World Series of Fighting and Bellator MMA were excluded, given the presence of multiple top-10 fighters across different weight classes on their rosters and the lack of a distinct regional appeal.

These promotions offer a diverse array of violent entertainment and serve to remind the fight fan that there is a whole world of MMA out there beyond the big organizations. Get out and take a look around. You might like what you find.

Note: Cage Warriors Fighting Championship, the top promotion in Western Europe, seems to have ceased operations for the foreseeable future and was therefore excluded from the list. It would have ranked quite highly.

Number 10 » The promotion stands out from most of its competitors in two ways. First, its events always have a distinct local flavor, which is difficult to do when you put on 10 or 11 events a year. Second, the matchmaking is generally outstanding, providing a nice mixture of tests for blue-chip prospects or rebound fights for name veterans without turning into squash matches.