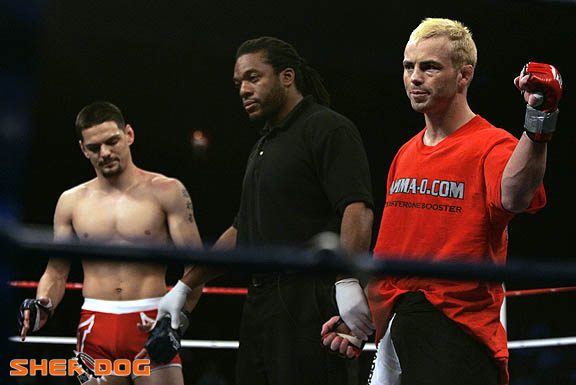 CASE FOR: Pulver is the Ultimate Fighting Championship’s lightweight OG, a true pioneer. Though his best days are certainly behind him at this point, it is important to remember he was once considered the premier lightweight MMA fighter on the planet, with explosive boxing and stellar takedown defense. It is worth noting that he remains undefeated in lightweight championship fights, meaning he successfully raised his game when it mattered most. Only the greatest champions possess this intangible. On top of everything, Pulver was part of the first lightweight fight that headlined a UFC pay-per-view event -- a milestone that paved the way for generations to come.

CASE AGAINST: While “Little Evil” may have laid the foundation for the future of the division, his work inside the cage does not hold up. He has been finished in each of his lightweight losses, this coming against the statistically weakest opposition of anyone on this list. To add to his all-time woes, Pulver’s best wins came about when his opponents were still largely wet behind the ears. As the first UFC champion and a divisional trailblazer, Pulver deserves recognition as one of the greats, but the sport simply evolved too much and the fighters for whom he paved the way have since lapped his accomplishments.