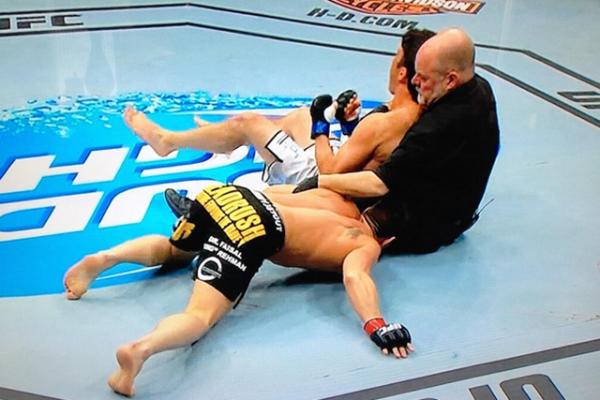 I’ve never aspired to be any sort of a photographer. It seems overwhelming, trying to find just the right angle, just the right frame to shoot amongst all the things that surround us constantly. I don’t have the eye for it. But, when the possibilities are narrowed down to what’s being shown through a little electronic rectangle -- a rectangle that you can pause and rewind, no less -- that’s more my speed.

Also, whereas real photographers often capture the beauty of nature or document important world events, I mostly use my cellphone take screen caps of people making goofy faces while screaming about MMA.

I’m not exactly sure when or why this started, but I keep doing it just because it entertains me and my friends on Twitter during long days of fights. Hopefully it will entertain you, too.

*It’s not actually my TV. I use my friends’ TV because it’s nicer than mine. Thanks, Casey and Esther.


that's what America is all about, two men engaging in a heated fistfight and then kissing #USA pic.twitter.com/boyHrr26OF


UFC Fight Night is brought you by: peas pic.twitter.com/2Iu9e8tL0K