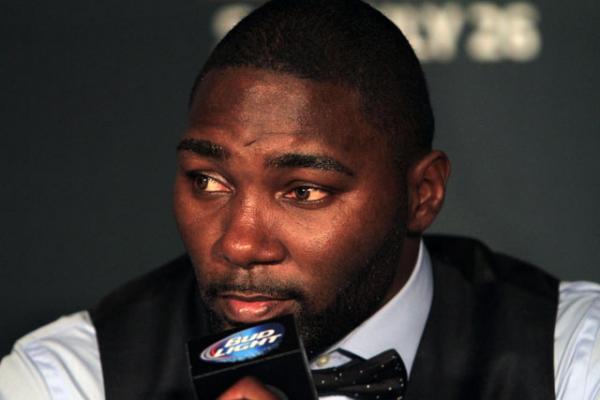 
Anthony Johnson showed up to the UFC on Fox 12 post-fight press conference in a bowtie. For anyone not exactly down with that type of fashion statement, are you going to be the guy to step up and say something to him? Not likely if you watched his destruction of Antonio Rogerio Nogueira on Saturday at the SAP Center in San Jose, Calif.

Even more impressive than “Rumble” running his career-high winning streak to eight fights was the way he absolutely overpowered the Pride Fighting Championships veteran. Several punches connected, as Johnson trapped “Minotoro” along the fence, but it was two violent uppercuts that finished off the Brazilian in just 44 seconds.

“I don’t think we’ve ever had a guy go from 170 [pounds] to 205 [pounds] and actually be more powerful and more devastating than he was at 170,” Ultimate Fighting Championship President Dana White said. “I’ve never seen anything like it.”

It was the seventh knockout for Johnson in nine UFC victories. He also now holds a unique record, standing as the only UFC fighter to be credited with four knockouts in the opening minute of a fight; Johnson previously made quick work of Yoshiyuki Yoshida, Tom Speer and Chad Reiner.

The win has many wondering where this places Johnson in the light heavyweight title picture. With Alexander Gustafsson’s recent injury -- and with the benefit of hindsight -- did the UFC act too soon in naming Daniel Cormier as the Swede’s replacement for a September bout against champion Jon Jones?

“There is no doubt he’s a contender,” White said, “but he still needs another fight to get up into that [No. 1 contender area].”

For his part, Johnson said he knew getting to his opponent early was necessary and provided him with all the motivation he needed once the bout began.

“I just kept thinking, ‘I gotta hurt this guy really bad or put him away because he’s a Nogueira and they don’t stop,’” Johnson said. “Hopefully, I keep putting fear in everybody’s heart.”

In wake of Johnson’s fifth knockout in his last eight bouts, White was impressed with the repackaged “Rumble,” who re-signed with the company in February after being released two years prior.

“I was blown away by Anthony’s performance,” White said. “He made it quick, and he made it look easy -- unbelievable. We’ll get him another fight.” 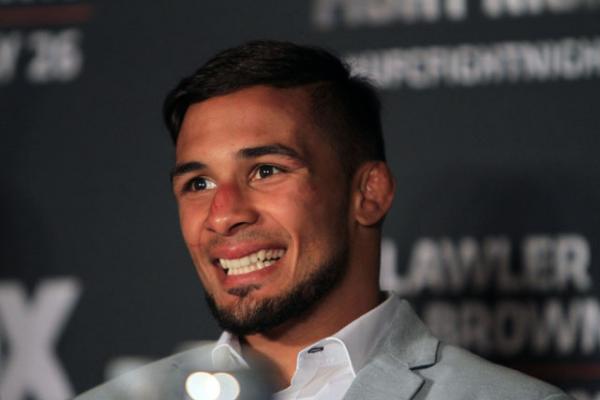 Photo: J. Sherwood/Sherdog.com
Bermudez is on a tear.
UFC featherweight champion Jose Aldo already has his hands full with a just-announced rematch against Chad Mendes in Brazil in October. If the Brazilian somehow survives that whirlwind of fun, Dennis Bermudez has certainly made his case to be next in line for a title shot.

Bermudez’s second-round submission victory over Clay Guida ran his winning streak to seven and earned him a second straight “Performance of the Night” bonus.

“Realistically, I want the title shot,” he said. “I’ve got a lot of wins. I’ve been finishing guys. I’m an exciting fighter.”

Few would argue, including White.

“That kid just keeps looking nastier and nastier every time he fights,” he said. “He gets better and better. His performance tonight against a guy like Clay Guida said it all. Clay is one of those tough, durable guys that no matter who he fights, he’s in the fight, [and] Bermudez finished him. He looked unbelievable.”

Getting Guida to tap out was no small feat. The Illinois native had not done so in nearly five years. Even so, Bermudez will likely need one more win before he can be considered the top contender in the division. However, submitting “The Carpenter” represents a major step forward in his quest to fight for the gold. 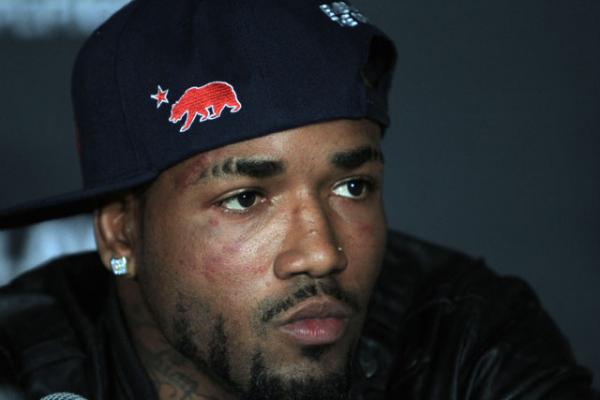 Photo: J. Sherwood/Sherdog.com
Green fought with a heavy heart.
Strikeforce put on many good fights in the SAP Center, often before packed houses. Any memories of the former company’s glory days in its home arena were not enough to push one of its top stars, Josh Thomson, to a win at UFC on Fox 12.

Bobby Green, who took the fight on short notice two weeks ago as a replacement for Michael Johnson, earned a split decision win -- one that came under heavy fire almost immediately.

“I told Bobby I had that fight the other way,” White said. The UFC President shared that he also surveyed media row and talked with many other observers who felt the same way. “I’m not a judge. Nobody gives a s--- what I think.”

In the end, he was not totally surprised the actual judges saw it for Green. The bout was certainly close enough that it could be argued either way, which is likely why White moved on to praising Green for what he had just accomplished.

“Congratulations to him,” White said. “He’s a great fighter. How about stepping up on late notice and fighting Josh Thomson? Congratulations, and thank you.”

The bout featured a first-round eye poke by Green -- it was ruled accidental -- and lots of chatter each time Thomson landed in rounds one and two. Each fighter attempted takedowns throughout the three rounds, but neither man was officially credited with one. The striking totals were close, with Green recording a slightly higher percentage of significant strikes.

After the win, Green was already asking for more.

“I was being way more active in the fight because Josh is the type of guy who picks when he’s going to attack and can dictate the pace,” Green said. “I’d love to fight someone in the top three, as I just beat the number three guy in my weight class.”

Green also wanted to dedicate the win to his little brother, who was recently shot and killed; four other family members were also injured.

“That’s the only reason I took this fight, was to give him that honor,” Green said. “It’s been very hard to deal with that pain. I haven’t had time to sit back and think about it or visit his grave. Now I’m going to process all that and cry for my brother.”

There was some pre-fight speculation Thompson would retire with a win, but White did not want to speculate when asked about the possibility at the post-fight press conference.

“That’s a decision he needs to make,” he said. “Obviously, he’s one of the best guys in the world and that was a very, very close fight. It was a big fight with so much on the line for Bobby and Josh. It was No. 3 versus No. 13 [in the lightweight division]. You have to go in there and win. You have to finish fights.”


Decorated wrestler Patrick Cummins brewed up his second straight UFC win, earning a unanimous decision over Kyle Kingsbury. Following the loss, Kingsbury retired from fighting. Nobody needs to feel sorry for him, however, as he is engaged to former UFC ring girl Natasha Wicks ... The UFC will return to Fox with a show from the U.S. Airways Center in Arizona on Dec. 13. It will mark the UFC’s first trip to Phoenix, though World Extreme Cagefighting staged its final show in the Valley of the Sun in 2010. That event featured the famous “Showtime Kick” from Anthony Pettis ... White claimed earlier in the week that if the main event between Robbie Lawler and Matt Brown went the full five rounds, he would walk back to Las Vegas. Calm down, people. He took the plane home. Also on the Lawler-Brown headliner: White believes it was one of the rare occasions in which the loser, Brown, actually moves up in the rankings.