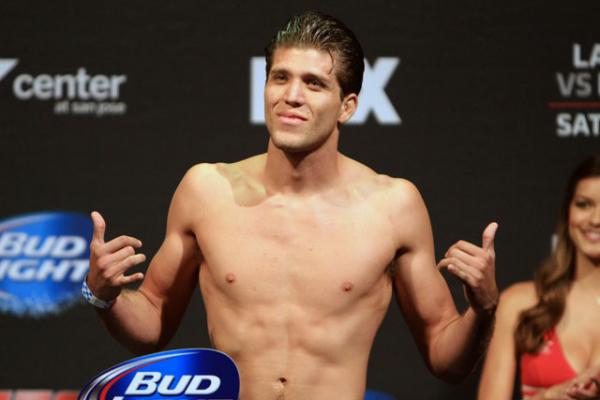 The California State Athletic Commission revealed the results of Ortega’s test to Sherdog.com on Friday. As a result, Ortega has been suspended for nine months and fined $2,500. Additionally, Ortega's win over de la Torre will be changed to a no contest. He may file an appeal with CSAC within 30 days.


Advertisement
All 24 fighters competing at UFC on Fox 12 provided urine samples that were sent to a UCLA Olympic analytical lab that is World Anti-Doping Agency (WADA) accredited. All the specimens -- with the exception of Ortega’s – came back negative.

The Los Angeles native wasted little time in his UFC debut, submitting De La Torre via rear-naked choke 1:39 into the first round of their bout at the SAP Center. The win served as Ortega's fifth via submission and fourth in the opening frame.

The 23-year-old Ortega is the latest former Resurrection Fighting Alliance champion to test positive for a banned substance. Kevin Casey, the former RFA 185-pound champ, tested positive for the anabolic steroid drostanolone after a victory over Bubba Bush at UFC 175.