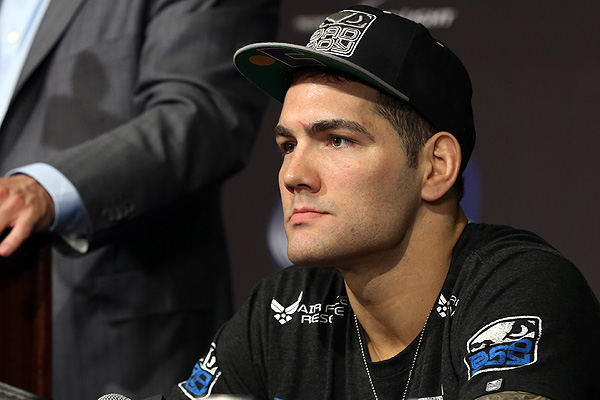 
Longtime Ultimate Fighting Championship middleweight titleholder Anderson Silva’s defeat at UFC 162 on Saturday at the MGM Grand Garden Arena in Las Vegas stunned the mixed martial arts community, but it is worth noting that Chris Weidman was only a slight underdog going into the fight.

Silva’s incredible championship run lasted 2,457 days and covered 16 consecutive Octagon wins, 10 of them title defenses. While Weidman entered the cage with just nine professional bouts under his belt, the “All-American” was only a +180 underdog, with Silva installed as a -220 favorite, according to BetDSI.com.

Those predicting a Weidman victory expected the Serra-Longo Fight Team representative to utilize his wrestling and submission skills. That appeared to be his approach in the first round, where the 29-year-old Baldwin, N.Y., native landed an early double-leg takedown and threatened Silva with a kneebar and heel hook. Silva managed to escape and stand, spending the rest of the round taunting and mocking the challenger. “The Spider” infamously employed similar strategies against Thales Leites at UFC 97 and Demian Maia at UFC 112, drawing the ire of fans and UFC President Dana White.

This time, however, Silva’s clowning finally caught up to him. Weidman maintained his composure in the second round, moved forward and finished the Brazilian. A clever jab set up a beautiful left hook, and Weidman followed “The Spider” to the ground, where he ended it with a series of violent ground strikes. It marked the first knockout loss of Silva’s 38-fight professional career and his first legitimate defeat since Ryo Chonan submitted him with a flying scissor heel hook under the Pride Fighting Championships banner on Dec. 31, 2004. File Photo
Brian Melancon also beat the odds.
Only one other UFC 162 bout surprised the oddsmakers.

Strikeforce veteran Brian Melancon (+215) enjoyed a triumphant Octagon debut, as he stopped “The Ultimate Fighter” Season 11 alum Seth Baczynski (-275) in gruesome fashion at the end of the first round.

Melancon dominated with superior kickboxing, his attack highlighted by several left hooks. The Houston-based welterweight finished it with ground-and-bound from half guard, leaving Baczynski bloodied and unconscious.

A Power MMA Team member, the 31-year-old Baczynski had won six of his previous seven fights.