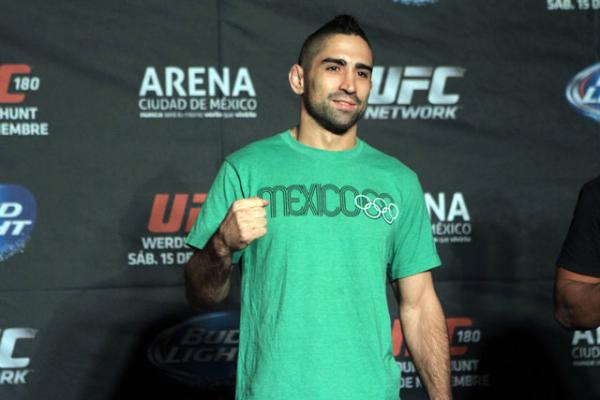 Ricardo Lamas improved to 6-1 in the UFC. | Photo: Jeff Sherwood/Sherdog.com


They call him “The Bully,” and he often lives up to the moniker.

Ricardo Lamas, a +182 underdog, submitted “The Ultimate Fighter” Season 14 finalist Dennis Bermudez with a first-round guillotine choke in their featherweight showcase at UFC 180 “Werdum vs. Hunt” on Saturday at Mexico City Arena in Mexico City. Bermudez (-217) tapped out 3:18 into round one, ending his streak of seven consecutive victories.

The oddsmakers likely favored Bermudez because of his momentum, takedown defense and volume striking. However, Lamas dropped the Saugerties, N.Y., native with a stiff jab and jumped on an immediate guillotine for the finish. The 32-year-old has recorded back-to-back wins since he failed in his bid to unseat featherweight champion Jose Aldo in February. 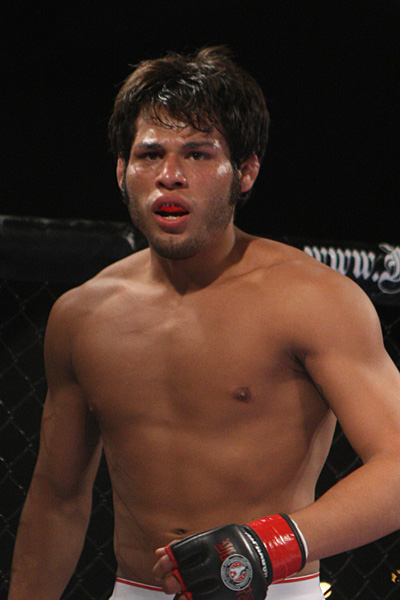 (+ Enlarge) | File Photo: Keith Mills/Sherdog.com
Hector Urbina beat the odds.
In the only other upset via stoppage, American Top Team’s Hector Urbina (+170) finished Edgar Garcia (-200) with a guillotine choke 3:38 into their featured clash at 170 pounds. Garcia remains winless in three appearances inside the Octagon.

Meanwhile, Jose Alberto Quinonez (-240) was expected to soar to victory in “The Ultimate Fighter: Latin America” bantamweight final against Alejandro Perez (+200). However, he was docked two points for an intentional third-round head butt and wound up on the wrong side of a 29-26, 29-26, 28-27 unanimous decision. Perez utilized low kicks, powerful punches, submission attempts and strong defensive grappling in picking up the win.

Finally, Marlon Vera (-250) found favor with the oddsmakers prior to his preliminary bantamweight bout with Marco Beltran (+210). It mattered not. Vera was the more technical fighter, but Beltran’s athleticism, explosiveness and submission defense helped him squeeze out a 29-28 unanimous decision in a closely contested match. Beltran -- who entered his Ultimate Fighting Championship debut on a three-fight losing streak -- used his takedowns and ground-and-pound, while successfully defending guillotine, triangle, heel hook and rear-naked choke attempts.