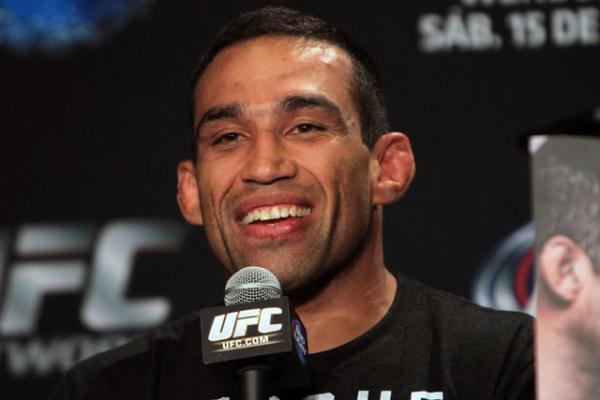 On a Saturday jam-packed with MMA, the sport’s big men took center stage.

The Ultimate Fighting Championship’s top heavyweight contender, Fabricio Werdum, became the organization’s interim titleholder with a rousing knockout in the main event of UFC 180. Mark Hunt, a short-notice replacement for injured champ Cain Velasquez, came out swinging and appeared to hurt Werdum in the early going of their Mexico City showdown. However, just when it was starting to look as if “Mark Hunt, UFC champion” could become a reality, the clock struck midnight on MMA’s 265-pound Cinderella: Werdum wrecked Hunt with a leaping knee and follow-up punches in round two to claim the belt and maintain the No. 3 spot in the heavyweight top 10.

Also at UFC 180, unbeaten welterweight Kelvin Gastelum remained perfect -- and earned a spot on our list of 170-pound contenders -- by submitting Jake Ellenberger, while featherweight contender Ricardo Lamas held firm at No. 3 by halting the seven-fight winning streak of Dennis Bermudez. The show’s undercard saw No. 7 women’s bantamweight Jessica Eye use quick, accurate punches to tear up the ear of Leslie Smith and force a second-round doctor stoppage.

Will Brooks and Michael Chandler clashed for the Bellator MMA lightweight title in the co-main event of Bellator 131, and while Brooks once again came away with the win, the method was far different. “Ill Will” blasted Chandler with a massive right hook in the fourth round and then finished the dazed former champion with more punches and knees as Chandler turned away to face the fence. The win keeps Brooks amongst our 155-pound contenders, while Chandler falls from the list entirely.

Chandler’s exit makes way for World Series of Fighting lightweight champion Justin Gaethje, who used leg kicks to chop down Melvin Guillard across 15 minutes at WSOF 15. Gaethje was not the only WSOF champ to defend his belt against a highly regarded foe: Middleweight ace David Branch makes his debut at No. 10 after punching out longtime 185-pound ranker Yushin Okami in the fourth round of their title fight.