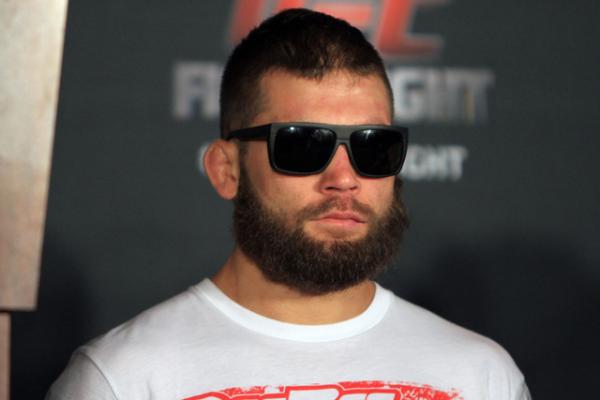 
After nearly a year on the sidelines, Cub Swanson made a statement to the rest of the featherweight division.

The Jackson-Wink MMA representative earned his sixth straight victory, taking a unanimous verdict over Jeremy Stephens in the UFC Fight Night main event at the AT&T Center on Saturday night.

While Swanson tasted Stephens’ powerful right hand on a few occasions, he was able to gradually outpace his foe with a versatile striking arsenal. Perhaps the most damaging offerings from the California native came in the form of thudding kicks to the body in rounds three and five, both of which temporarily had Stephens reeling. Through it all, Swanson never shied away from exchanging with his heavy-handed dance partner.

Swanson figures to be a keen observer when Jose Aldo defends his 145-pound belt against Chad Mendes at UFC 176 in August. Before gazing too far into the future, let us take a look back. Here is a by-the-numbers look at UFC Fight Night “Swanson vs. Stephens,” with statistics courtesy of FightMetric.com.

6: Consecutive victories for Swanson, tying him with Dennis Bermudez and reigning divisional kingpin Jose Aldo for most in the UFC’s featherweight division.

10: Featherweight victories in UFC/WEC competition for Swanson, placing him behind only Aldo (14) and Chad Mendes (11) in the division.

57: Significant strikes landed to the head by Swanson. By comparison, Stephens landed 41.

504: Significant strikes landed by Swanson during his UFC/WEC tenure, second most among featherweights behind only Jose Aldo, who has 589.

100:00: Total time of the six bouts on Saturday’s main card, all of which went to the judges.

2: Takedowns landed, in 11 attempts, by Ricardo Lamas in his unanimous decision triumph over Hacran Dias, an 18 percent success rate. The Chicagoan’s career takedown rate is 31 percent.

25: Total strikes landed by Neto over the course of the bout’s final 10 minutes. Hester outlanded the Brazilian 49-to-25 in rounds two and three en route to winning a split decision. Hester also held a 39-to-7 edge in significant strikes in the final two periods.

91: Combined total strikes by which James Moontasri outlanded Joe Ellenberger in rounds one and three in their lightweight clash. “Moonwalker” outlanded his opponent 64 to 7 in round one and 46 to 12 in round three. Ellenberger, who had a 31-9 edge in total strikes in round two, won via split decision.

38: Seconds needed by Carlos Diego Feirrera to submit Colton Smith with a rear-naked choke in their lightweight bout, making it the fastest submission in UFC history for a debuting lightweight. The previous best occurred when Charles Oliveira submitted Darren Elkins at UFC Live 2 in August 2010.

78: Significant strikes landed by Marcelo Guimaraes, one less than the other nine undercard competitors landed combined. Guimaraes captured a split verdict over Andy Enz -- who by comparison, landed 42 significant strikes -- in a middleweight bout.

40: Career submission victories for debuting heavyweight Alexey Oleinik, who tapped fellow newcomer Anthony Hamilton with a neck crank 2:18 into round one of the evening’s opening bout. It was the second straight win via neck crank for the Russian, who submitted Mirko Filipovic with the same move this past November in Moscow.