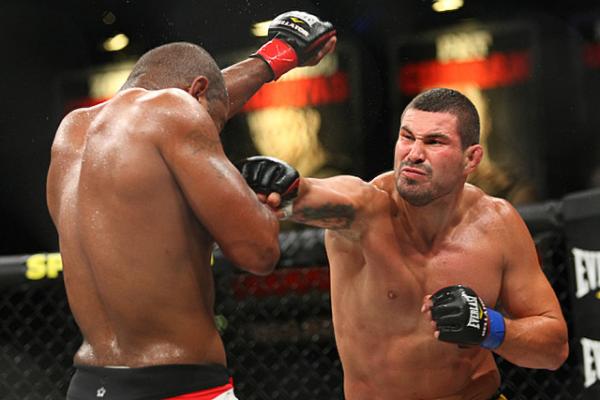 Attila Vegh and Emanuel Newton will duke it out for a second time. | Photo: Keith Mills/Sherdog.com


Unification bouts have an allure all their own.

Bellator MMA light heavyweight champion Attila Vegh and interim titleholder Emanuel Newton will unify the 205-pound crown in the Bellator 113 main event on Friday at the Kansas Star Arena in Mulvane, Kan. The two met once previously, with Vegh earning a split decision over “The Hardcore Kid” in July 2012. Neither man has lost since.

American Top Team’s Vegh will enter the cage on the strength of a nine-fight winning streak. The 28-year-old Slovakian last fought at Bellator 91 some 13 months ago, when he won the light heavyweight championship with a unanimous verdict over Christian M’Pumbu at the Santa Ana Star Center in Rio Rancho, N.M. Vegh, who has compiled a perfect 5-0 record since arriving in Bellator in April 2012, has secured 21 of his 29 professional victories by knockout, technical knockout or submission.

Newton has rattled off four straight wins. The 30-year-old Reign MMA representative last appeared at Bellator 106 in November, when he captured the interim 205-pound title with a five-round unanimous decision over former Strikeforce champion Muhammed Lawal; it was his second victory over “King Mo” in nine months. Wins over Ultimate Fighting Championship alums James McSweeney, Ilir Latifi, Rodney Wallace, Roger Hollett and David Heath buoy the Newton resume, which includes a 5-1 mark inside the Bellator cage.

With the Vegh-Newton unification bout on the marquee, here are 10 facts surrounding Bellator 113:

FACT 2: Rodrigo Cavalheiro Correia, 31, has finished his last eight opponents ahead of his promotional debut, five of them inside one round.

FACT 4: Mohler MMA’s Derek Campos is one of eight men to have held the King of the Cage junior welterweight championship. Joe Camacho, Victor Valenzuela, Ricky Legere Jr., Bobby Green, Tim Means, Tony Hervey, and Lowen Tynanes are the others.

FACT 5: Seven of lightweight Eric Wisely’s eight career defeats have come by decision, a calf slicer-induced submission at the hands of Charles Oliveira at UFC on Fox 2 being the lone exception.

FACT 8: Brian Rogers played college football for Walsh University in North Canton, Ohio, where he was a three-year starter and four-year letterman as an inside linebacker. His 320 career tackles still rank second on the school’s all-time list.