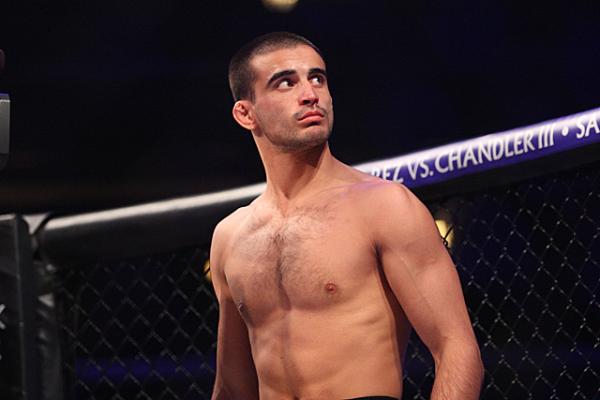 
Andrey Koreshkov already made one pass at Bellator MMA gold. He must go through Adam McDonough to earn another.

The once-beaten Koreshkov will collide with the undefeated McDonough in the Season 10 welterweight tournament final at Bellator 122 on Friday at the Pechanga Resort and Casino in Temecula, Calif. To the victor goes a shot at the promotion’s 170-pound championship currently held by American Top Team’s Douglas Lima.

A protégé of Bellator middleweight titleholder Alexander Shlemenko, Koreshkov has rattled off three straight wins -- David Gomez, Nah-Shon Burrell and Justin Baesman were the victims -- since he succumbed to fourth-round punches from Ben Askren at Bellator 97. The 23-year-old Russian has secured 13 of his 16 career victories by knockout, technical knockout or submission. Wins over former Dream champion Marius Zaromskis and onetime Bellator titlist Lyman Good anchor the Koreshkov resume.

McDonough last fought at Bellator 116 in April, when he knocked out reigning Maximum Fighting Championship titleholder Nathan Coy in the second round of their welterweight tournament semifinal. Operating out of the Get Sum Athletic Compound, the 28-year-old has compiled a perfect 3-0 mark since arriving in Bellator in September. Only two of McDonough’s 11 professional bouts have gone the distance.

FACT 2: Brandon Halsey wrestled collegiately at Cal State Bakersfield, where he was Pac-10 conference champion in 2007 and NCAA All-American in 2009. His .788 career winning percentage still ranks 22nd on the school’s all-time list, his 16 pins 24th.

FACT 3: Phil Baroni has compiled a 10-16 record since his victory over former Ultimate Fighting Championship middleweight titleholder Dave Menne at UFC 39 in September 2002.

FACT 4: Karo Parisyan is one of five men to have held the World Extreme Cagefighting welterweight championship. Nick Diaz, Shonie Carter, Mike Pyle and Carlos Condit are the others.

FACT 7: Linton Vassell has held titles in the Olympian MMA Championships and Ultimate Challenge MMA promotions in his native England.

FACT 8: When Joe Duarte climbs into the cage to face Saad Awad, 1,078 days will have passed since his most recent victory -- a unanimous decision over Jorge Gurgel under the Strikeforce banner.

FACT 10: Undefeated Russian prospect Dmitriy Sosnovskiy is one of only three men to stop Aleksander Emelianenko with strikes in the first round. Magomed Malikov and 2006 Pride Fighting Championships open weight grand prix winner Mirko Filipovic are the others.