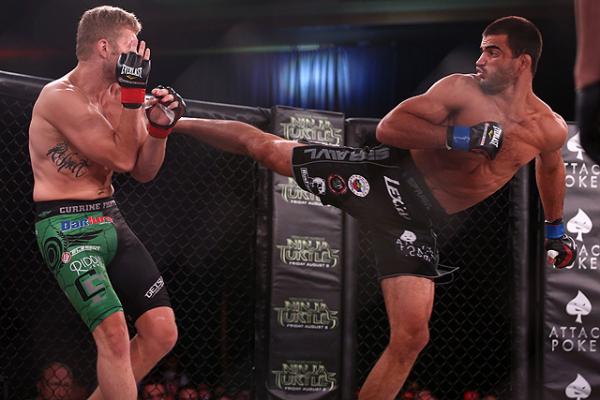 
Adam McDonough did not possess the weapons necessary to deal with Andrey Koreshkov.

An effective sprawl, clean power punching and the occasional spinning kick carried Koreshkov to a unanimous decision over McDonough in the Bellator MMA Season 10 welterweight tournament final at Bellator 122 on Friday at the Pechanga Resort and Casino in Temecula, Calif. All three cageside judges scored it the same: 30-27 for Koreshkov (17-1, 8-1 Bellator).

McDonough (11-1, 3-1 Bellator) failed to establish himself as a viable threat in the 15-minute match. Koreskhov kept the Minnesotan bottled up near the cage, tearing into him with strong punching combinations. The 23-year-old Russian was at his best in the second round, where he landed a wicked spinning back kick to the face and later had McDonough reeling with a right uppercut and follow-up punches.

Koreshkov picked up where he left off in the third, ultimately forcing his overmatched adversary to retreat to his back. There, he met McDonough with a brutal knee to the ribs, as he put the finishing touches on the one-sided decision. 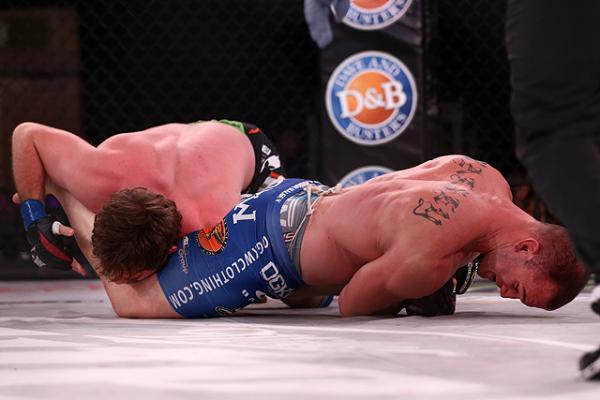 An NCAA All-American wrestler at Cal State Bakersfield, Halsey (7-0, 5-0 Bellator) moved for an immediate takedown and executed short elbow strikes from side control. The 27-year-old King of the Cage alum then transitioned to the armbar and calmly advanced toward a finish. Halsey eventually went belly-down with the maneuver, hyperextending Cooper’s left arm for the tapout.

The victory qualifies Halsey for a shot at the Bellator middleweight championship currently held by Russian striker Alexander Shlemenko. 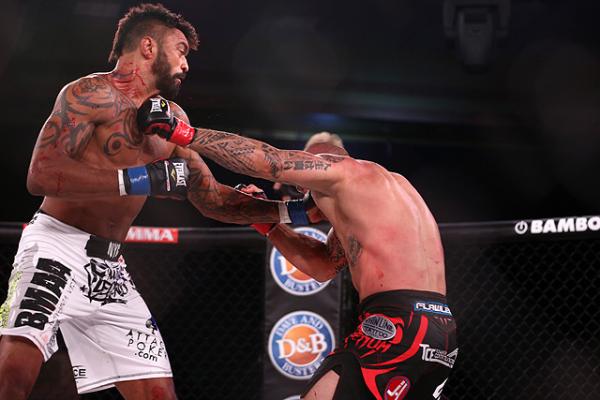 (+ Enlarge) | Photo: D. Mandel/Sherdog.com
McGeary destroyed Valavicius in short order.
Undefeated Englishman Liam McGeary wiped out Egidijus Valavicius with punches and knees in the first round of their 2014 Bellator Summer Series light heavyweight tournament semifinal. McGeary (8-0, 5-0 Bellator) brought it to a close 2:10 into round one, scoring his eighth finish in as many professional appearances.

Valavicius (27-11, 2-1 Bellator) never stood a chance. McGeary left him badly bloodied with an early volley of close-quarters knees before letting his hands fly. A right uppercut doubled over Valavicius and left him vulnerable against the cage.

A Renzo Gracie disciple, McGeary then dropped the hammer with a series of unanswered knees and punches.

Baroni No Match for Parisyan 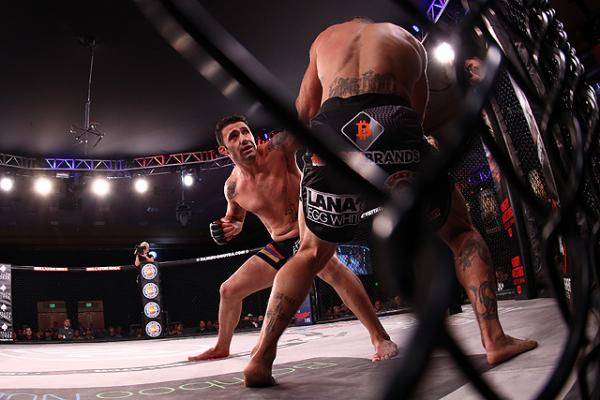 (+ Enlarge) | Photo: D. Mandel/Sherdog.com
Parisyan jumped all over Baroni.
The resurgent Karo Parisyan took care of journeyman Phil Baroni with first-round punches in a welterweight showcase. Baroni (15-18, 0-1 Bellator) wilted 2:06 into round one, as the Strikeforce, Ultimate Fighting Championship and Pride Fighting Championships veteran lost for the eighth time in 10 outings.

Parisyan (24-10, 2-1 Bellator) softened the “New York Bad Ass” with leg kicks and routinely beat him to the punch. The 31-year-old judoka then jabbed into range, stunned Baroni with right uppercut and followed him to the canvas. A burst of rights and lefts followed, forcing referee “Big” John McCarthy to step in for the stoppage. 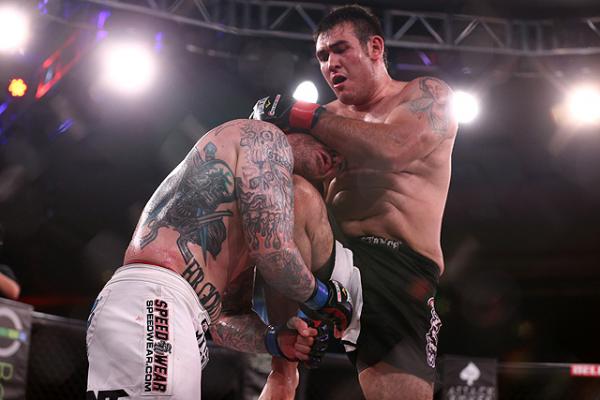 (+ Enlarge) | Photo: D. Mandel/Sherdog.com
Sakai rallied to put away Frembling.
In preliminary action, American Top Team’s Kelly Anundson (9-2, 3-0 Bellator) advanced to the 2014 Bellator Summer Series light heavyweight tournament final when a knee injury suffered by Luiz Philipe Lins (9-1, 2-1 Bellator) left the Brazilian unable to continue 1:40 into the first round of their 205-pound tussle; once-beaten prospect Bubba Jenkins (7-1, 4-1 Bellator) stopped Poppies Martinez (29-10, 1-2 Bellator) with ground-and-pound 4:10 into the first round of their featherweight tilt; Fernando Gonzalez (21-12, 1-0 Bellator) sprang the upset and captured a unanimous decision from Karl Amoussou (17-7-2, 5-4 Bellator) in their welterweight clash, earning 29-28 nods from all three 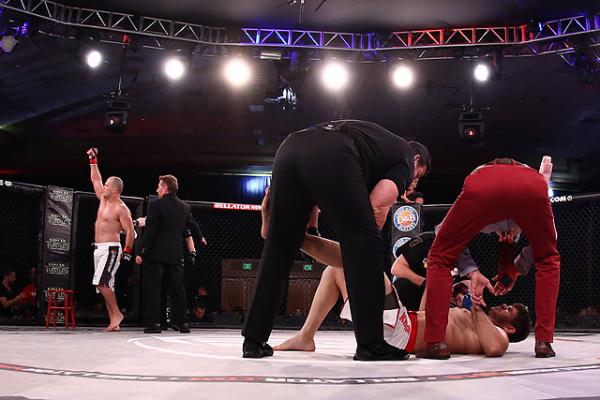