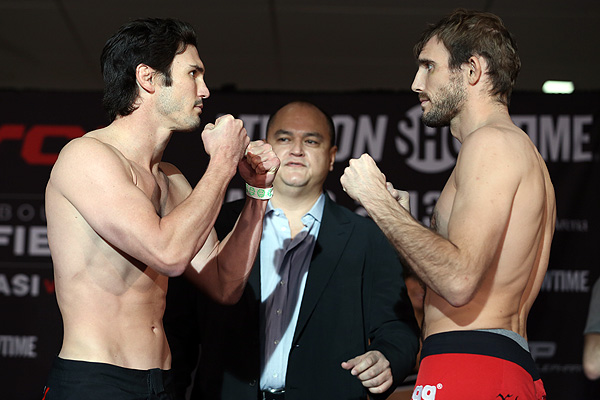 The son of Randy Couture becomes the latest addition to the Bellator roster, as it was announced during the Bellator 122 broadcast on Friday night that Couture has signed with the promotion.

Couture was released by the UFC last year after he lost to Ross Pearson and Al Iaquinta in consecutive fights. Since parting ways with the Zuffa-owned promotion, Couture has gone on to win both of his fights on the independent circuit.

Sherdog.com spoke with Couture, as well as his manager Sam Spira, about the change of scenery.

"I'm thrilled to be joining the Bellator and Viacom family and to have the chance to work with Scott Coker again,” Couture said. “I have an exciting challenge ahead of me as I try to establish myself among the best in the lightweight division."

Couture refers to his seven-fight tenure with Strikeforce, where Coker was at the helm. The 31-year-old went 6-1 for the now-defunct company before ultimately signing with the UFC.

For Spira, the move will serve as a fresh start of sorts. “The Natural” had a very public spat with Zuffa following his decision to join forces with Spike TV for the short-lived reality show “Fight Master.” The move upset UFC President Dana White so much that he didn’t allow Randy to corner his son during either of his bouts inside the Octagon.

“Ryan has won his last two fights at Battlegrounds MMA,” Spira said. “We feel he will get a fair shake at Bellator, including who can attend and corner at his fights.”

Couture currently has another fight booked for BattleGrounds MMA 5 on Oct. 3, but Spira said it’s unlikely he competes again for the promotion now that he has signed with Bellator. In addition to the new contract, his manager said that Couture is getting married soon, further decreasing the chance that he will be able to compete on Oct. 3