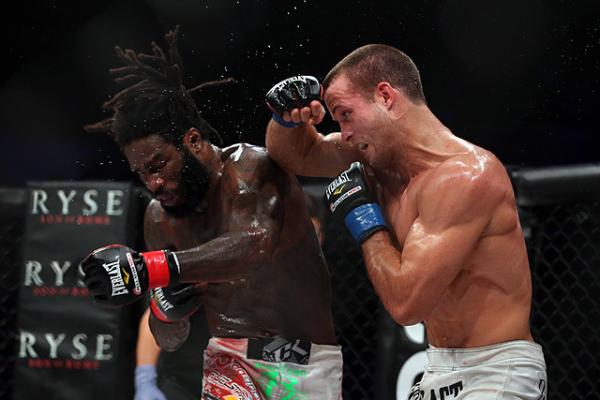 
Pat Curran grew fond of being on top as a two-time Bellator MMA featherweight champion, and he has designs on getting there again.

Curran will confront experienced German grappler Daniel Weichel in the Bellator 133 co-main event on Friday at the Save Mart Center in Fresno, Calif. The victor could conceivably emerge as the next No. 1 contender at 145 pounds, widely regarded as the promotion’s strongest and deepest weight class.

Two losses in three fights have staggered Curran, who started his run in the featherweight division with six consecutive victories. He last appeared at Bellator 123 in September, when he relinquished his hold in the 145-pound title in a five-round unanimous decision defeat to Patricio Freire at the Mohegan Sun Arena in Uncasville, Conn. Curran has never suffered back-to-back losses as a professional. Wins over Freire, Daniel Straus (twice), Joe Warren, Marlon Sandro and Roger Huerta anchor his resume.

A former M-1 Global champion, Weichel will ride a six-fight winning streak into the cage. The well-traveled 30-year-old last competed at Bellator 119 in May, when he submitted Desmond Green with a second-round rear-naked choke to win the Season 10 featherweight tournament. Weichel has compiled a perfect 3-0 record since arriving in Bellator a little less than a year ago, downing Green, Matt Bessette and Scott Cleve.

With the Curran-Weichel clash as one of the showpieces, here are 10 facts surrounding Bellator 133: 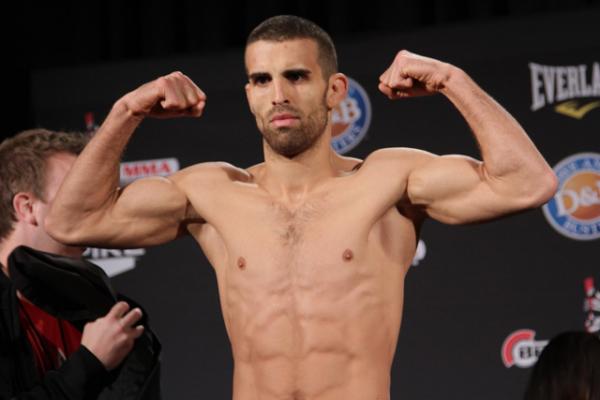 Photo: Keith Mills/Sherdog.com
Weichel once held M-1 Global gold.
FACT 1: The only fighter to finish Curran, Travis Perzynski, has gone just 3-3 since their August 2009 meeting in the Xtreme Fighting Organization and has not competed in nearly three years.

FACT 2: Weichel has won 21 fights by submission, 11 of them via rear-naked choke.

FACT 5: Art Arciniega is one of five men to have held the Tachi Palace Fights featherweight championship. Isaac DeJesus, Eddie Yagin, Georgia Karakhanyan and Poppies Martinez are the others.

FACT 6: Strikeforce and Invicta Fighting Championships veteran Julia Budd lasted less than a minute combined in her two losses, as she was knocked out by Amanda Nunes in 14 seconds and submitted by a Ronda Rousey armbar in 39 seconds.

FACT 7: Dethrone Base Camp’s Chris Honeycutt wrestled collegiately at Edinboro University, where he was a two-time NCAA All-American and compiled a 130-22 career record.

FACT 8: Team Xplode MMA representative Clayton MacFarlane has finished each of his last three opponents in 72 seconds or less.

FACT 9: Ray Cervera has executed all six of his submission wins by choke: four rear-nakeds and two triangles.

FACT 10: Though he is only four fights into his pro career, Blake Watkins already has 25-, 30- and 67-second stoppages to his credit.