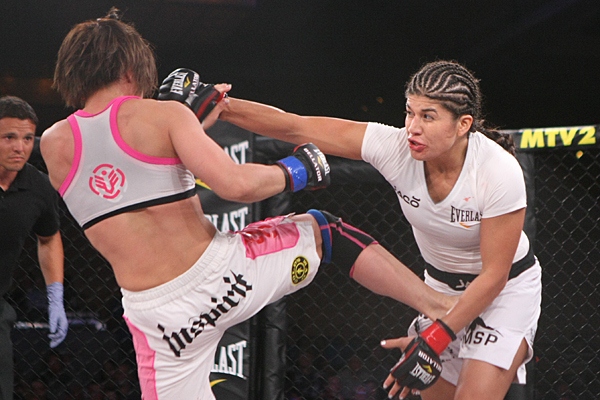 
When Jessica Aguilar signed with the World Series of Fighting, she did so with the intention of becoming the promotion’s first women’s strawweight champion.

A seven-year veteran on a seven-fight tear, Aguilar will make her organizational debut when she challenges Alida Gray for the vacant 115-pound title at WSOF 8 on Saturday at the Seminole Hard Rock Hotel and Casino in Hollywood, Fla. The NBC Sports Network will carry the main card at 9 p.m. ET/6 p.m. PT, with Sherdog.com providing a free stream for the prelims immediately prior.

Aguilar began training in Brazilian jiu-jitsu when she moved to Florida to pursue an acting career. After only a few months of formal training, she took first place in both gi and no-gi competitions at a North American Grappling Association event. Shortly after, she took her first MMA match on only a week’s notice, fighting Lisa Ellis and losing by rear-naked choke. Since then, Aguilar has picked up 16 wins against just three losses, scoring two knockouts and seven submissions.

Gray, an undefeated judoka who was an alternate on the United States Olympic team in 1996, stands in her way. However, this will not be the first time Aguilar faces a judo specialist. The American Top Team fighter defeated Japanese great Megumi Fujii on two separate occasions, earning a unanimous decision victory at Bellator 69 in May 2012 and a more controversial win in their rematch five months later. Although Fujii and Gray both have judo backgrounds, American Top Team head instructor Ricardo Liborio believes this fight will be different because of Gray’s strong striking skills. Three of her four wins have come by knockout or technical knockout.

Aguilar started in MMA back in 2006, and Liborio thinks her diverse skill set and experience have led to her becoming the world’s top fighter at 115 pounds. The early years were difficult. 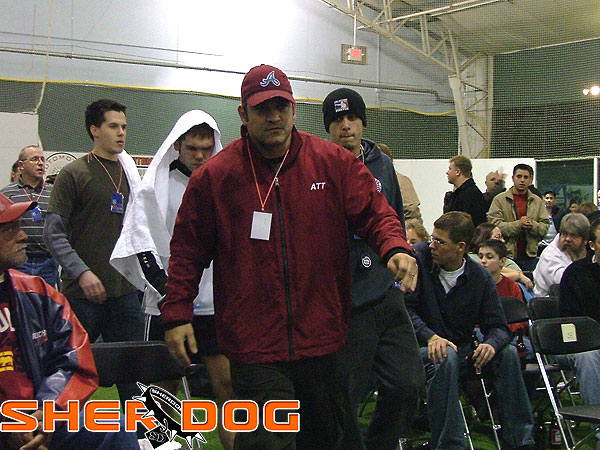 Photo: Mike Fridley/Sherdog.com
Liborio calls Aguilar a pioneer.
“Jessica came before this generation, and unfortunately, the roster of fighters in that weight category was small. She was fighting the same people sometimes, but it hasn’t really taken away from the things she’s accomplished,” Liborio said. “Megumi Fujii was one of the best fighters in the world -- she was a pioneer -- and Jessica beat her twice. Well, put her down as a pioneer, too. She’s breaking ground in many things. Seven years ago, not many people were thinking about MMA for women and she was out there pursuing the dream, so she was a big groundbreaking pioneer in my opinion.”

“Obviously, I am a veteran, but every day [I] learn something new,” she said. “I’m still evolving; my game is still changing. I learn something every day. I think you’ll see a better fighter in me this time around, but I still have a lot to learn.”

Just a day after Aguilar signed her WSOF contract, the Ultimate Fighting Championship announced plans for a strawweight division, along with the signing of a number of high-profile fighters from Invicta Fighting Championships. The list included American Top Team stablemate Tecia Torres. While many fighters in Aguilar’s shoes might have dwelled on the missed opportunity, she brimmed with humility and excitement.

“I’m grateful for every opportunity that I get,” she said. “I’ve always said that I’m very humble and very grateful, so I’m happy that the WSOF decided to believe in me and decided to sign me. I’m preparing for my fight, so I’m very happy. There’s enough for all of us to go around. It’s a great thing that’s going on, [with] more opportunities for myself and the strawweight ladies. I’m really excited about everything going on and looking forward to Jan. 18 to get that WSOF belt and to keep showing the world and the fans and everyone who supports me why I’m ranked number one in the world.”

Outside of MMA, Aguilar has proven passionate about making a positive impact in the world.

“Jessica is always volunteering,” Liborio said. “She has a big heart, not just in the cage but outside the cage. She’s very involved with the Miami Children’s Hospital. We send some of our fighters there to visit and to help with every event that they have, and Jessica’s always the first one to jump in.”

Aguilar sounds intent on using her position to foster change. Her volunteer work includes feeding the homeless, performing anti-bullying work in public schools and helping abused children get off the street.

When discussing Aguilar, Liborio celebrates the person as much as the fighter.

“She breaks ground in a lot of things, including helping people [and] inspiring people,” he said. “She’s true in her beliefs and who she is. She is a good person who deserves to be where she is right now. I’m proud of her. That’s the way it is.”