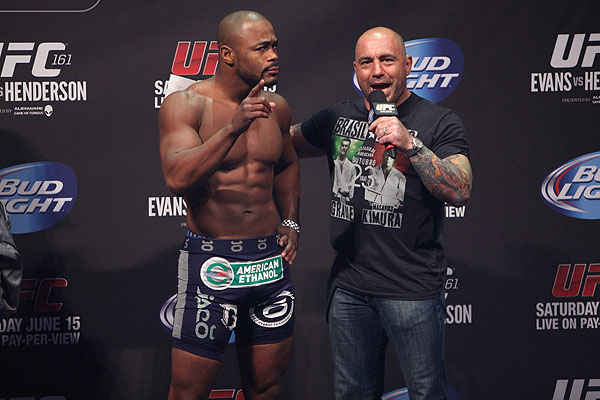 Rashad Evans won the UFC 161 main event but was not overly impressive in doing so. | Photo: TJ De Santis/Sherdog.com


UFC 161 “Evans vs. Henderson” went in the books over the weekend, and to write that it was underwhelming would be a monumental understatement.

While it was not a snooze fest entirely, the event left a lot to be desired, from the polarizing Jake Shields-Tyron Woodley verdict to the boring stink bomb that was Ryan Jimmo-Igor Pokrajac. Nine of the 11 bouts on the card reached the judges. Naturally, not every show can be expected to take your breath away, but there were so many circumstances that prevented UFC 161 from being up to par on Saturday at the MTS Centre in Winnipeg, Manitoba, Canada.

It boils down to this: the fighters have no one to blame but themselves. Jimmo admitted he came in too cautious for fear of losing two in a row; Shields has never been known to entertain the masses; and the disheartening performance of MMA’s favorite jolly fat man, Roy Nelson, left a sour taste in the mouths of many a fan.

The lone possible saving grace was the potential of the main event. Dan Henderson, easily one of the finest competitors in the sport’s history, has been involved in some terrific brawls. Whether he was blasting some hapless foe into orbit with his concussive punching power or scrapping with someone until the bitter end, “Hendo” has a trusted reputation as one of the more reliable fighters in the game. However, his increasing age, coupled with a tricky opponent in Rashad Evans, led to three rather pedestrian rounds between two world-ranked light heavyweights. 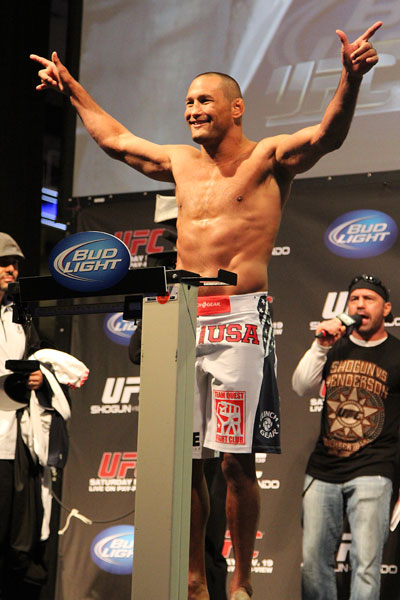 File Photo
How much does “Hendo” have left?
The only void on Henderson’s resume remains the lack of an Ultimate Fighting Championship title. A decisive win over Evans might have put him in position to challenge the winner of the forthcoming showdown between champion Jon Jones and Alexander Gustafsson at UFC 165 in September. However, backed by a game plan that was too reliant on his vaunted right hand, Henderson was practically doomed from the start against a slick, athletic mover like Evans.

Yes, Henderson rocked Evans in the first round when “Suga” walked into a left jab and right uppercut, but the former two-division Pride Fighting Championships titleholder seemed to lack the kind of raw intensity that had come to define him over the years. Henderson, who turns 43 in August, plodded along for much of the 15-minute bout, unable to pull the trigger on his crippling H-bomb.

The split decision loss to Evans likely tosses another crack at UFC gold right out the window, which is a shame considering where Henderson was less than a year ago.

He was on the cusp of becoming arguably the most accomplished mixed martial artist in history when a knee injury forced him from a UFC 151 main event against Jones.

Plenty of questions also surround Evans’ future, even after he snapped the first two-fight losing streak of his career. He undoubtedly wants another shot at reclaiming the title that once belonged to him, but after his performance at UFC 161, the Niagara Falls, N.Y., native does not appear to be any closer to his goal than he was when he entered the cage in Winnipeg. Granted, he toppled an all-time great in Henderson, but Evans did little to erase the memories of his horrid performance against Antonio Rogerio Nogueira four months ago; and no one seems to be clamoring for a Jones-Evans rematch anytime soon.

Evans’ accomplishments are undeniable, but he has never been a fan favorite. With that working against him, he will need to start laying out opponents like linoleum if he wants a chance to reclaim the throne at 205 pounds.


Miscellaneous Debris: Was this Nelson’s last hurrah in the Octagon? The former International Fight League champion’s fight against Stipe Miocic was the last one on his current deal with the UFC. He entered the UFC 161 co-main event with three straight first-round knockouts, but the thought of some “experts” calling for a title shot for “Big Country” seems beyond absurd now. Regardless of the fact that he took the fight on short notice, Nelson was completely gassed by the time the second round arrived and he was left to gasp for air while taking a beating. Conditioning has never been his strong suit, but the performance against Miocic -- he was outstruck 106-23 -- means Nelson’s future with the UFC is murky at best ... Let us come to our senses before we anoint Shawn Jordan as a contender in the heavyweight division. His first-round destruction of Pat Barry was something to behold, yes, but too many people are carrying the hype too far. Jordan is not ready for someone in the upper reaches of the heavyweight division. The former Louisiana State University fullback may advance to that level someday, but he must first fry some bigger fish.