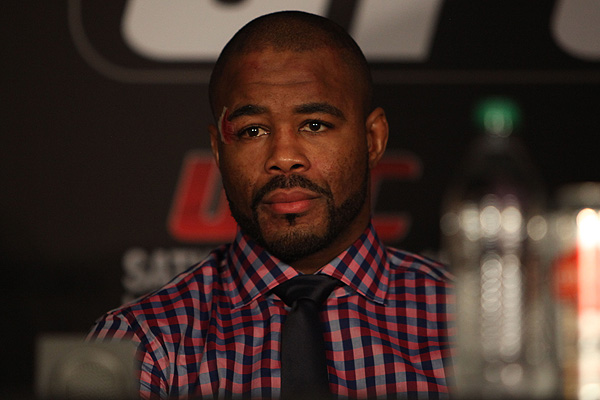 Heading into UFC 161, Rashad Evans knew his back was against the wall, and he responded appropriately.

To avoid his third consecutive loss inside the Octagon, “Suga” had to get past former two-division Pride Fighting Championships titleholder Dan Henderson. It was far from an easy task, as “Hendo” had Evans reeling for a moment in the opening frame, but the Blackzilians representative managed to recover enough to land some offense of his own and capture a hard-fought split decision. With another big victory under his belt, it appears Evans will remain at 205 pounds for the time being.

A week earlier, Fabricio Werdum became just the second person to submit Antonio Rodrigo Nogueira at UFC on Fuel TV 10, eliciting a tapout from the former Pride champion with an armbar in the second round. Despite securing his status as one of top heavyweights in the world, a title shot is not in the immediate future for “Vai Cavalo” -- Junior dos Santos-Cain Velasquez 3 has already been booked for October. Meanwhile, Stipe Miocic makes his first top 10 appearance after halting the momentum of the hard-hitting Roy Nelson in the UFC 161 co-main event.

While Miocic moves into previously uncharted territory, welterweight top 10 staple Jon Fitch finally exits the rankings after falling victim to a Josh Burkman guillotine choke just 41 seconds into their World Series of Fighting 3 encounter. As a reward for becoming the first man to submit Fitch since Mike Pyle accomplished the feat in 2002, Burkman claims the No. 10 spot at 170 pounds.