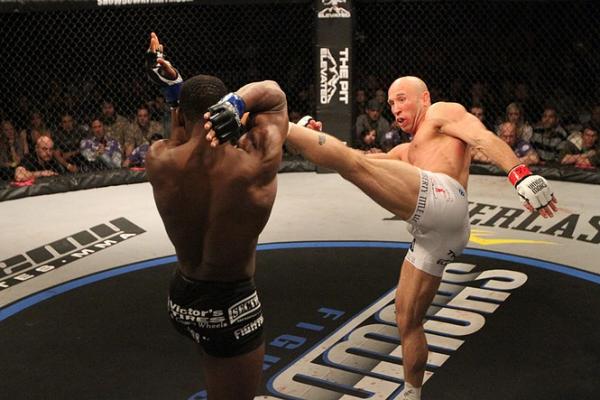 Josh Burkman is 8-1 since being released by the UFC. | Photo: Lester Muranaka/Sherdog.com


“Life is a series of tests and you either pass the test and move on or you sit and go through the same cycles over and over again because you can’t pass those tests. You can’t evolve mentally, physically, or spiritually.” -- Josh Burkman

This particular test is the latest in a series of high-amplitude moments of decision making that have punctuated Burkman’s life and set the course for his current resurgence as one of MMA’s premier welterweights. The first such crossroads came after Burkman, a high school standout in football, decided to accept a scholarship to play running back for the University of Utah. However, he needed extra cash for a prerequisite course at the junior college he was attending and somewhat randomly signed up for a local MMA bout in hopes of landing the $100 prize.

“It was the biggest rush of my life. I loved it,” Burkman said. “I knew that I had found something that I wanted to do and I was passionate about, so I told my parents I wasn’t going to take my scholarship and I called up the University of Utah and told them I wasn’t going to be reporting for school. I changed my career path and my life to be a professional fighter.”

It was a rather bold move for a college kid, especially one who had spent the majority of his life focused on one day being a professional football player. Still, the decision was made and before long, Burkman had compiled an impressive 13-3 record and earned the chance to join the Ultimate Fighting Championship. Sailing there was a little less smooth, as Burkman went 5-5 during an Octagon tenure marred by injury. After losing to Pete Sell at UFC 90, Burkman was cut from the promotion. The injuries that he had sustained to his back and neck prompted no less than three different doctors to tell him he needed to retire from the fight game.

“I asked myself what I was doing with my life,” Burkman said. “I was 29 years old, had a so-so career and was being told I had to retire. I had to do a self-inventory and ask myself, if I retired right then would I be happy with my career? The answer was no and that I’d look back and have so many regrets. I wasn’t happy.” 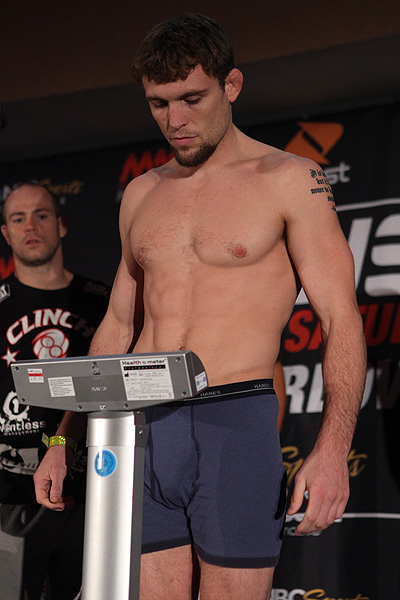 Photo: D. Mandel/Sherdog.com
Carl has won six straight.
There on the doorstep of crossroads number two, Burkman decided it was time once again to make a change, not in what sport he chose but in the lifestyle he followed. He had always been disciplined during his training camps, but between bouts, his penchant for an active nightlife and his appetite for the company of beautiful young women was the stuff of burgeoning legend and more than a little envy.

“I had a very exciting first 30 years,” Burkman said, with just a hint of a chuckle.

The time had come to go in another direction. Burkman quit drinking and frequenting nightclubs, and he started a relationship with international yoga champion Brandy Lyn Winfield. They married in 2011 and welcomed a child a year later. Burkman also embarked on “nine months of yoga, raw food, sports psychology and rehab, and I didn’t step in the gym one time.” The man who emerged on the other side of that experience has since gone 8-1, including three straight victories in the World Series of Fighting, his tear punctuated by a stunning 41-second submission victory over the heavily favored Jon Fitch
at WSOF 3.

“There’s a funny story about that,” Burkman said. “Right before my fight with Fitch, we had a training session and a kid was asking me about guillotines. I told him that it wasn’t something that I used much, but I showed him it and then I ended up guillotining Fitch.”

“The more I help them,” he added, referencing the younger fighters at The Pit Elevated gym in Salt Lake City, “the more I help myself.”

Burkman believes his best years as a fighter are still in front of him. However, once the time to retire does arrive, he seems ready for yet another moment of high-amplitude decision making.

“I have a whole game plan of how I will exit fighting,” he said. “Right now, I run a mixed martial arts studio, and I want to turn my studios into community centers. After I build community centers, I want to go into politics. Hopefully, those community centers and the foundation that runs them will give me a platform to run for governor.”

Sure, it sounds ambitious, but Burkman does not seem to make significant decisions of any other sort. In the meantime, he remains focused on the goal ahead of him. “The Ultimate Fighter” Season 2 alum plans to approach the chance to finally capture a world title in the same balanced manner in which he has approaches everything else nowadays.