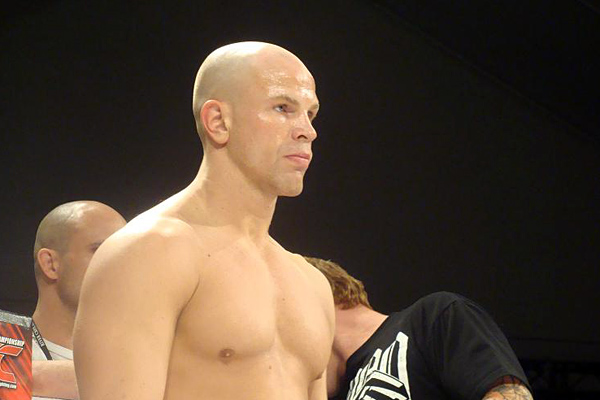 When Ryan Jimmo steps into the Octagon to fight Anthony Perosh at UFC 149 “Faber vs. Barao” on Saturday at the Scotiabank Saddledome in Calgary, Alberta, Canada, it will be his second opportunity to make an impression on the world’s preeminent mixed martial arts organization.

In 2008, Jimmo made the trek to Las Vegas to appear on Season 8 of “The Ultimate Fighter,” only to suffer an elimination loss to Antwain Britt in his first fight. Although disappointed, Jimmo had a positive attitude about the experience and expressed it at the time to Sherdog.com: “[UFC President] Dana White said it was probably one of the better fights of the day, so that’s good. The UFC already has their eye on me, and they’re looking to build the sport in Canada and are looking for up-and-coming Canadian fighters. I think they’re going to be very impressed with my improvements when they next see me fight.”

Now, four years and 10 fights later, Jimmo finds himself tied with Glover Teixera for the third longest winning streak in MMA at 16 fights. Coincidentally, the only two fighters with longer streaks are Renan “Barao” Pegado (26) and Hector Lombard (25), and they are both competing at UFC 149. In retrospect, Jimmo believes losing qualifying fight to Britt was a good thing.

“Some guys want to be stars yesterday and might get there a little fast, but they don’t have the skills to keep them there,” he said. “If I had to go a little slower and work on certain things, I’m OK with that.”

Jimmo admits wrestling was a glaring hole in his skill set at the time.

“If I had gone to the UFC three years ago and faced a wrestler, they would have taken me down, laid on top of me and I would have lost,” he said.

Even as a little boy growing up in Saint John, New Brunswick, Canada, Jimmo always had an unusual focus and dedication toward reaching whatever goal he set. His father, Paul, a fifth Dan black belt in Chito-Ryu Karate, and his mother, Linda, brought him into karate in the hope that it would be an outlet to channel his hyperactivity in a positive manner. It worked.

By the time he was in his late teens, Jimmo was a four-time national champion and had medaled three times -- a silver and two bronze -- at the Pan-American Games. While Pan-Am hardware might have brought happiness to some athletes, Jimmo, according to his mother, only saw failure in them.

Sherdog.com
Perosh has won three in a row.
“He went to one of his Pan-American Games, and he said, ‘I’m going to come home with the gold medal, mom,’ and there was no doubt in my mind that he would,” she said. “He was within one-one hundredth of a second in overtime, no score, and the other guy popped him first, and he ended up with the silver medal.”

When Jimmo came home, she asked to see the medal. He dismissed it.

“I didn’t go there for a silver medal; I went there for gold,” Jimmo said. “I threw it in the garbage can.”

Looking back, Jimmo feels eternally indebted to his parents for involving him in karate and remaining supportive of his martial arts aspirations.

“I didn’t do so well in school because I was a pretty hyper and rambunctious kid, and in karate I got a lot of positive reinforcement in my early teen-aged years that I wasn’t getting in school,” he said. “For me, it was a source of confidence building. Instead of being the bad kid in class, I was the star pupil, and I enjoyed that.”

Even then, Jimmo had an almost obsessive fixation with training, which made his parents happy because it kept him out of trouble. The 30-year-old light heavyweight concedes his life centered on the work he did in the gym.

“In my later teen-aged years, I became more focused,” Jimmo said. “Friends knew that if there was a karate tournament coming up I just wasn’t available. They would come to my house at nine on a Saturday night, and I’d answer the door dripping in sweat from training. My life revolved around it.”

Jimmo laughs, as he remembers times when he ventured into the woods shirtless during the winter and punched trees repeatedly in a scene right out of “Best of the Best.”

Raising Jimmo was not without its trials. His mother recalls a time when she and her husband returned home from a weekend getaway to discover that Jimmo had sold their couch and television because he wanted more room for his basement gym. While some parents might have been furious, his father was upset over the fact that Jimmo only received $200 in the deal. Then there was the time when his mother absentmindedly entered their home with a cigarette. They had agreed to a smoke-free home because Jimmo feared the chemicals might harm his body. When Jimmo saw her standing there, he took her ashtray and threw it into a snow bank. Then he casually walked over to his mother, picked her up and threw her into the snow bank after it.

That singular focus carries on today. Jimmo has enjoyed much of his success while training primarily with Luke Harris at the Hayabusa Training Centre in Edmonton. However, he knew he needed to work with a camp with as much UFC experience as possible in order to better his chances of excelling in the Octagon. As a result, Jimmo joined the “Blackzilians” at Imperial Athletics in Florida.

“Yeah, I’m a white guy from Canada, so I kind of stick out like a sore thumb a little bit,” he said with a laugh. “Me and Matt Mitrione are some of the only white guys.”

Since March, Jimmo has spent all but 10 days in Delray Beach, Fla., training with coach Mike Van Arsdale, Mario Sperry and a slew of world-class mixed martial artists, Tyrone Spong, Rashad Evans, Anthony Johnson and Alistair Overeem among them.

When told the UFC had offered Perosh for his debut, Jimmo was ecstatic. Perosh had defeated teammate Nick Penner at UFC on FX 2 in March, providing him with some extra motivation. Jimmo also thinks the 40-year-old Australian will be an excellent opponent against whom to showcase his skills.

“I’ve watched him with other fighters, like Cyrille Diabate, who is almost a pure kickboxer, and he did really well against [Perosh] on the ground,” he said. “That’s where he wants to take the fight, but I’m not afraid of him there.”

Known for his ground skills, Perosh will enter the cage on the strength of three straight finishes. The Brazilian jiu-jitsu black belt dispatched Penner with punches and elbows in the first round of their matchup. Jimmo does not seem fazed in the slightest.

“I’ve sparred with Alistair Overeem, the biggest, strongest standup guy in the world,” he said, “and if I can do that, then this guy can’t have a whole lot to offer me.”

“
Some guys want to be stars
yesterday and might get there
a little fast, but they don’t have
the skills to keep them there.

As the onetime Maximum Fighting Championship light heavyweight titleholder’s first Octagon appearance approaches, his mother -- she will be easily recognizable by her ever-present pink Mama Jimmo hoodie in Calgary -- points to a profound comment Jimmo once said to her.

“Mom, someday I’m going to be noticed,” he said. “Everybody is going to know who Ryan Jimmo is.”