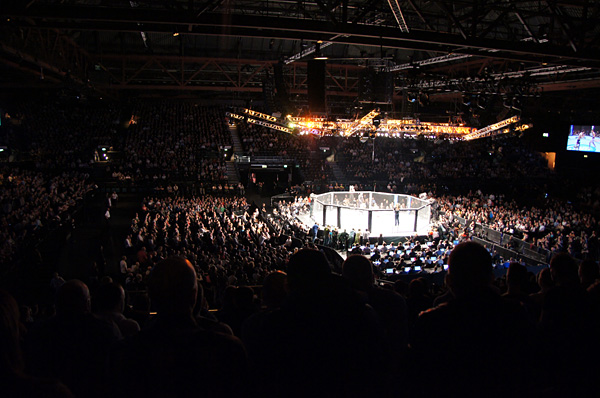 Francisco Rivera and Matt Riddle have had their UFC 149 victories changed to no contests by the Calgary Combative Sports Commission.

Sherdog.com learned of the ruling on Sunday from a source close to the situation. Last week, MMAJunkie.com reported that both Rivera and Riddle received 90-day suspensions for testing positive for banned substances following the July 21 event. Those suspensions were retroactive to the day of the fight and ended on Friday. Rivera tested positive for an over-the-counter stimulant, while Riddle tested positive for marijuana.

The UFC issued a statement responding to Rivera’s and Riddle’s test results on Friday.

“We’ve been informed by the Calgary Combative Sports Commission that Matt Riddle and Francisco Rivera tested positive for banned substance following their bouts at UFC 149,” the statement read. “The UFC has a strict, consistent policy against the use of banned drugs and performance-enhancing stimulants, including the requirement that all incoming athletes be tested and cleared. Therefore, we fully support the drug testing efforts of the Calgary Combative Sports Commission and will fully cooperate with the Commission regarding this matter.”

UFC 149 took place at the Scotiabank Saddledome in Calgary, Alberta, Canada and was headlined by Renan Barao’s five-round win over Urijah Faber for the promotion’s interim 135-pound title. Riddle submitted Chris Clements with an arm-triangle choke in the third round, earning a “Submission of the Night” bonus for his efforts, while Rivera finished Roland Delorme via first-round TKO.