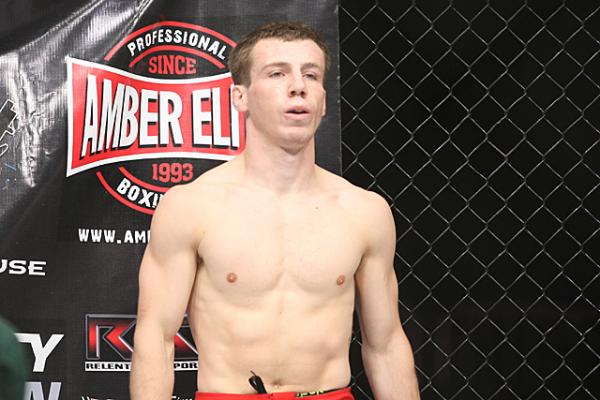 Josh Rettinghouse has designs on an upset. | Photo: Keith Mills/Sherdog.com

Most of us can count on one hand the number of times we have arrived at a major crossroads in our lives where our entire future hangs in the balance with our performance in one critical moment. Mixed martial artists face that every time they step into the cage. Again and again, they have to find a way dig deep and draw from a wellspring of motivation that can lead them to either glory or obscurity.

Josh Rettinghouse finds his drive in his quest for redemption. The twice-beaten 24-year-old will challenge Marlon Moraes for the inaugural World Series of Fighting bantamweight championship in the WSOF 9 co-main event on Saturday at the Hard Rock Hotel and Casino in Las Vegas. His journey to major MMA title contender dates back to Joel E. Ferris High School in Spokane, Wash., where, in 2008, Rettinghouse was enjoying his senior year and preparing for the state wrestling championships.

“I had just placed at the tri-state tournament,” he said, “which was probably the biggest tournament around here. Then I made it to state. It was always my goal to be the state champion.”

However, it was not meant to be, as the highly touted Rettinghouse lost his placing match in overtime.

“It was a dream-crusher,” he said. “I didn’t even know what the hell I wanted to do at that point; I was so pissed. I felt like I’d worked for years for this moment and then failed. It was extremely dissatisfying. It left a very sour taste in my mouth.”

The disappointment left a young man to flounder. He had always hoped NCAA Division I wrestling programs would come calling. After the loss, Rettinghouse heard nothing from them. He toyed with the idea of junior college or perhaps the military but lost focus and began staying out late and partying too much with his friends.

Athletes routinely face such moments and often find themselves adrift in a sea of disappointment and shattered dreams when they fall short. With that said, everyone loves a good comeback story, and that chapter of Rettinghouse’s life began when an old friend -- the same one that had urged him to join the wrestling team -- pointed him in the right direction once again. 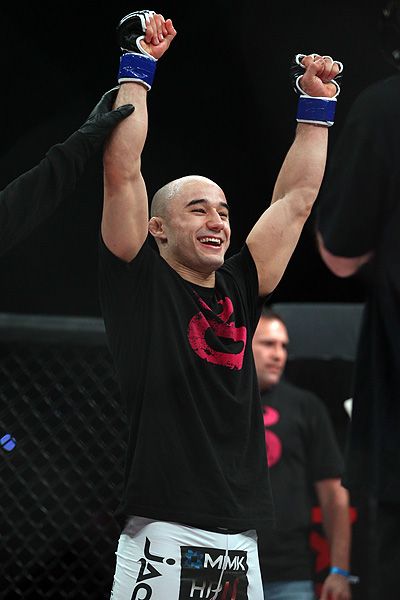 Photo: Dave Mandel/Sherdog.com
Moraes has won six straight.
“He told me he was about to do a cage fight and wanted me to help him get in shape,” Rettinghouse said. “I didn’t even know that Spokane had a cage fighting circuit. I’d watched the UFC before but I didn’t exactly know what the process was of getting involved. I thought you had to go win a red belt in China or something -- you know, the whole ‘Bloodsport’ thing -- and then you got invited into the UFC. I had zero idea.”

The experience was a revelation. Before he realized it, Rettinghouse was doing more than helping a friend spar. He had begun his own MMA training that very day.

“I literally fought two weeks later, and I haven’t left the gym since,” he said. “It helped me focus more and stay away from the party scene. It gave me goals.”

By early 2011, Rettinghouse was fighting professionally, and within two years, he managed to rack up a 7-1 record, including six wins by submission and another by technical knockout. His MMA pursuits became serious. Rettinghouse cites his April 27 fight against Cory Vom Baur at CageSport 24 as the most important moment of his career to date.

“I had been trying to get on [with CageSport] since I turned pro,” he said. “When I got there, it was a lot different than where I had been fighting. That’s the most nerves I ever had for a fight, and that’s why I didn’t perform well.”

Vom Baur submitted “The Finisher” via rear-naked choke with only 1:22 left to go in the fifth round. Though he lost the fight, Rettinghouse feels the lessons he learned in defeat have had an indelible impact on his development.

“The main lesson is just to go out there and go for it,” he said. “I was putting all this pressure on myself and I was fighting not to lose instead of fighting to win. I was holding back and I just wasn’t being me, so in the next fight, I was so mad that I went out there and I said to myself, ‘I don’t even care if this guy knocks me out. I’m just going to go out there and go balls out. I want to just go for it.’”

Rettinghouse knocked out Zach Skinner in a little more than three minutes at CageSport 25, setting the stage for a major upswing in his career. After Skinner, he posted back-to-back unanimous decision victories over favored opponents: Jeff Hatton at CageSport 26 and 1996 Olympic bronze medalist Alexis Vila at WSOF 6.

“The fans want to see an exciting fight,” he said. “They don’t want to see you out there measuring the guy’s distance for two-and-a-half rounds. You need to go out there and just get after it. It’s go time. I think that’s definitely led me to where I’m at right now. I’m fighting better guys every time, but I’m also getting better and better every fight.”

In Moraes, Rettinghouse will confront the highest-profile opponent of his 12-fight career. The world-ranked Moraes will enter the cage on a six-fight winning streak, having emerged as one of the World Series of Fighting’s brightest young stars. Rettinghouse will be looking to heal a wound that has festered for the past six years.

“I can’t win a state title anymore, but now I could win a world title and that’s even more important,” he said. “That’s what I’m working towards now.”