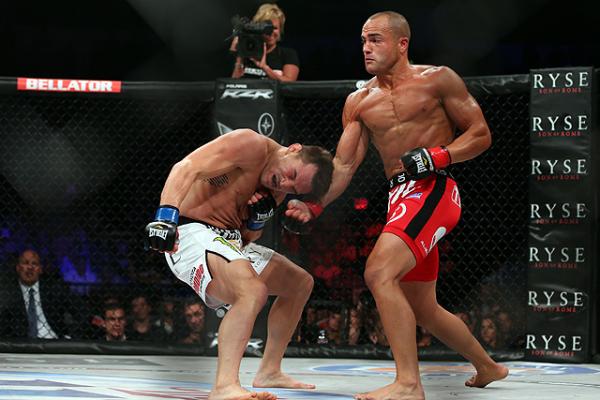 
Eddie Alvarez has a message for Gilbert Melendez: Be careful what you ask for.

Alvarez will meet Melendez in a long-awaited showdown between two of the sport’s most accomplished lightweights in the UFC 188 “Velasquez vs. Werdum” co-main event on Saturday at the Mexico City Arena in Mexico City. The two men for years traded verbal barbs, as Alvarez ruled Bellator MMA and Melendez sat atop Strikeforce. Their battle -- and its potential for drama -- has hardcore fans frothing at the mouth.

“I honestly think this is the biggest matchup in the lightweight division,” Alvarez said during the “Countdown to UFC 188” program, “regardless of who’s champion, who’s not champion.”

Alvarez made his Ultimate Fighting Championship debut at UFC 178 in September, and though he wound up on the wrong side of a unanimous decision against Donald Cerrone, he did not disappoint. The 31-year-old Blackzilians representative has compiled a stellar 10-2 record across his past 12 appearances, losing only to Cerrone and Michael Chandler. Alvarez has delivered 21 of his 25 professional victories by knockout, technical knockout or submission. Talk of a potential clash with Melendez first reached his ears in 2010.

“After I’d make a headline, he’d right away say he wanted to fight me [and] try to steal the headline,” Alvarez said. “I’m like, ‘What are you doing, man? Make your own headline.’ Now we’re in the same promotion, now it’s going to happen, now he’s going to get what he wants; and he’s going to be [expletive] sorry that he ever asked for it.”

Melendez, 33, finds himself on the rebound after being finished for the first time in his 26-fight career, the Cesar Gracie protégé having submitted to an Anthony Pettis guillotine choke at UFC 181 in December. The “El Nino” resume includes wins against Josh Thomson (twice), Tatsuya Kawajiri (twice), Shinya Aoki, Diego Sanchez, Clay Guida and Jorge Masvidal, and he has long been viewed as one of the toughest outs in the 155-pound division. Alvarez does not sound impressed.

“It’s one of those things like curiosity killed the cat,” Alvarez added. “He wanted to see how he’d do against me. He wanted to fight me. Maybe sometimes the best fight is the fight that you ran away from. This one, he should have run away from.”

“There’s not a doubt in my mind [that] I’ll be UFC champion,” he said. “I don’t put a time limit [on it]. I’ll simply be champion because I won’t stop until I am. It’s inevitable. Things will align because of the things I do every day. I just won’t stop until I do [win the title]. I’ve always been that way, and I’m going to continue to be that way.” 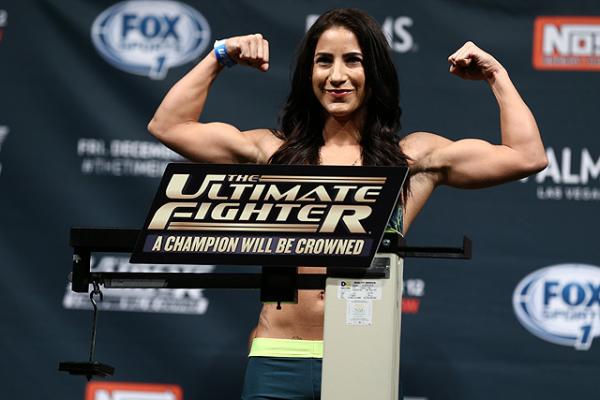 Hunting a crack at someone -- anyone -- listed ahead of her in the UFC women’s strawweight rankings, the unbeaten American Top Team rep will instead settle for a featured scrap with Angela Hill, one of her castmates on Season 20 of “The Ultimate Fighter.” Torres has gone the distance in all five of her victories, including a lopsided unanimous decision over Angela Magana on Dec. 12. An experienced muay Thai fighter, Hill has won both of her bouts since transitioning to MMA in 2014. She made her UFC debut in December, when she took a three-round verdict from Emily Kagan at “The Ultimate Fighter 20” Finale.

“I didn’t see her as a matchup, to be honest with you,” Torres told Sherdog.com. “I wasn’t looking at her. I asked [matchmaker] Sean Shelby for all the girls above me, ranked one through four, and I was denied. I’m just going to go out there and show that I deserve a top fight. I want to get closer to that belt.” 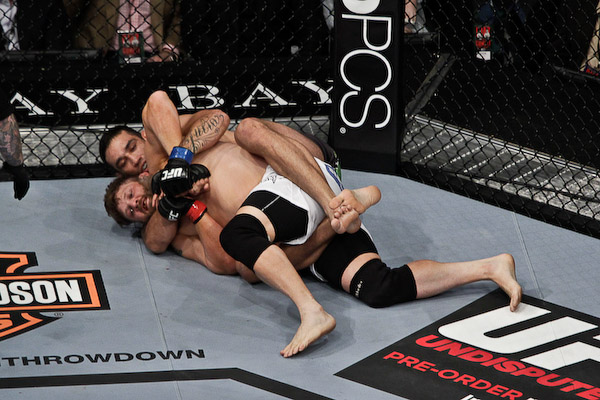 (+ Enlarge) | Photo: Sherdog.com
Few can match Werdum’s ground skills.
UFC 188 “Velasquez vs. Werdum” will be the 322nd event the Ultimate Fighting Championship has staged in its history ... Fabricio Werdum is a six-time medalist at the Abu Dhabi Combat Club Submission Wrestling World Championships, having struck gold in 2007 and 2009 ... American Top Team’s Charles Rosa has seven submissions to his credit: three by armbar and one each by brabo choke, anaconda choke, Peruvian necktie and triangle choke ... Chico Camus has not posted back-to-back victories since piecing together four straight wins in 2012 ... “The Ultimate Fighter” Season 8 winner Efrain Escudero’s last seven losses have come via decision ... Patrick Williams graduated from Arizona State University with a degree in interdisciplinary studies ... Alliance MMA export Johnny Case has stopped eight opponents during his current 10-fight winning streak ... Once Cathal Pendred climbs into the cage, four years, six months and nine days will have elapsed since his most recent setback -- a 27-second technical knockout defeat to Lee Chadwick on Dec. 4, 2010 ... When Clay Collard was born on March 10, 1993, the top five songs on Billboard’s Hot 100 list were Peabo Bryson’s “A Whole New World,” Whitney Houston’s “I Will Always Love You,” Duran Duran’s “Ordinary World,” Snow’s “Informer” and Dr. Dre’s “Nuthin But A ‘G’ Thang” ... Albert Tumenov and Andrew Todhunter have combined for 14 first-round finishes in 22 victories between them.


Heavyweight champion Cain Velasquez carries the highest strike differential (4.52) of any fighter in UFC history -- and by a wide margin. Alistair Overeem (3.47), T.J. Dillashaw (3.14), Nikita Krylov (2.82) and Conor McGregor (2.74) round out the top five, per FightMetric ... Nate Marquardt ranks second among middleweights on the UFC’s all-time list in knockdowns landed with nine. Only Anderson Silva (12) has more.


Designed by KMD Architects, the Mexico City Arena opened in February 2012 at a cost of $300 million and can seat more than 22,000 spectators.