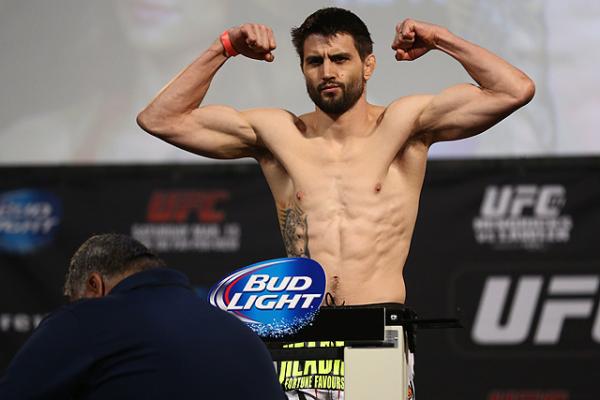 
The Ultimate Fighting Championship has staged 94 welterweight bouts since the completion of UFC 171. None of them have included Carlos Condit.

The man they call the “Natural Born Killer” on Saturday will return to the cage for the first time since reconstructive knee surgery, as he meets Thiago Alves in the UFC Fight Night “Condit vs. Alves” main event at the Goiania Arena in Goiania, Brazil. Condit has not fought since his March 2014 encounter with Tyron Woodley resulted in technical knockout loss, along with a torn ACL and meniscus.

“For the last year, I’ve been watching the division as a spectator,” he said during a “Back in the Game” vignette on UFC Fight Pass, “but now I’m ready to get back in the mix.” 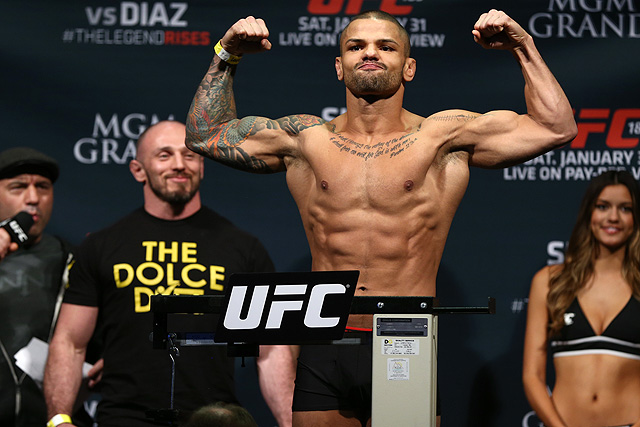 Photo: Dave Mandel/Sherdog.com
Alves is formidable.
“I got right into recovery, right into rehab,” he said. “All the while, I was working really hard to try and keep my cardio up. When the knee was healed, I was able to hit the ground running with training. I feel great. I feel really, really good. The knee is stable, it’s strong, it’s ready to go. I train. I spar. I do whatever I need to do, and I never think twice about it. I’ve put in the work, and I’m better than I was before I got hurt.”

His five-round battle with Alves could reveal much. The 31-year-old American Top Team rep has rattled off back-to-back victories over Jordan Mein and Seth Baczynksi, and his resume is littered with plenty of high-profile names, from Chris Lytle and Karo Parisyan to Josh Koscheck and Matt Hughes.

“Thiago is the most dangerous striker in the division,” Condit said. “He throws really, really powerful punches, but probably his most dangerous weapons are his kicks -- definitely something to be wary of.”

A former World Extreme Cagefighting champion who has delivered 27 of his 29 career wins by knockout, technical knockout or submission, Condit finds his motivation in the mirror.

“I haven’t done everything I need to do in this sport,” he said. “I still have a lot of greatness to achieve. I just want to cement myself as one of the greatest welterweights that’s ever competed in the UFC.” 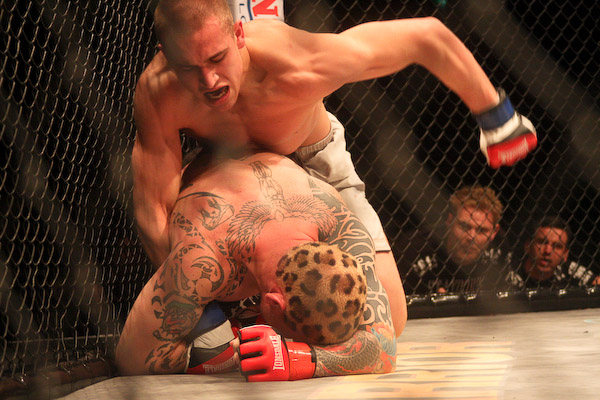 Long hailed as one of Europe’s top prospects at 170 pounds, the undefeated welterweight will make his promotional debut opposite “The Ultimate Fighter: Brazil” Season 2 alum Luiz Jorge Dutra Jr. on the UFC Fight Night “Condit vs. Alves” undercard. Breese, 23, last appeared under the Cage Warriors Fighting Championship banner in November, when he returned from an extended layoff and ACL surgery to submit Thibaud Larchet with a third-round rear-naked choke. The 6-foot-3 Tristar Gym export has finished all seven of his opponents, four of them inside one round.

The 33-year-old Dutra figures to provide a stern test. He saw his four-fight winning streak grind to a halt in January, when he was disqualified for delivering illegal elbows to the back of Kiichi Kunimoto’s head. 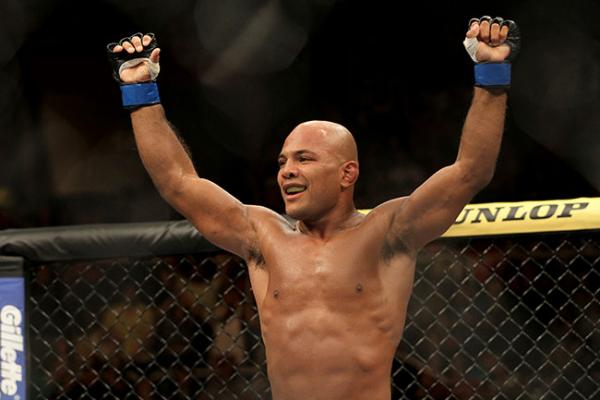 (+ Enlarge) | Photo: Gleidson Venga/Sherdog.com
Reis has thrived at 125.
UFC Fight Night “Condit vs. Alves” will be the 320th event the Ultimate Fighting Championship has promoted since its debut in 1993 ... The four men who have defeated Francisco Trinaldo -- Michael Chiesa, Piotr Hallmann, Gleison Tibau and Iuri Alcantara -- own a cumulative record of 91-22 ... Alex Oliveira sports eight first-round finishes among his 10 career victories ... Nova Uniao’s Francimar Barroso has held titles inside the Shooto Americas and Watch Out Combat Show organizations ... Wendell de Oliveira Marques is a perfect 10-0 in fights that reach the judges ... Former Legacy Fighting Championship titleholder Damon Jackson wrestled collegiately at Missouri Valley College in Marshall, Mo., where he was an NAIA All-American ... Ex-EliteXC champion Wilson Reis has recorded nine submissions in pro MMA competition: six by rear-naked choke and three by arm-triangle choke ... By the time Danish newcomer Nicolas Dalby returns home to Copenhagen, Denmark, he will have traveled nearly 12,300 miles ... Onetime Jungle Fight titleholder Ericka Almeida has stopped all seven of her opponents.


Charles Oliveira is the most active submission fighter in the history of the UFC’s featherweight division, according to FightMetric data. The Brazilian attempts 2.6 submissions per 15 minutes. He is tied with Joe Lauzon for fifth among all fighters, trailing only T.J. Waldburger (4.8), Ronda Rousey (4.3), Luke Rockhold (3.6) and Stefan Struve (3.4) ... In two UFC appearances, Mirsad Bektic has bested his opposition in total strikes (234-48) and significant strikes (61-21), secured four takedowns and executed 16 guard passes.