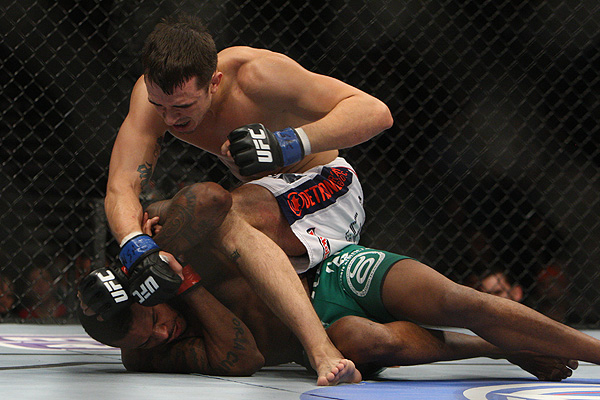 Myles Jury has made the transition from prospect to contender. | Photo: Dave Mandel/Sherdog.com


Myles Jury’s steady climb on the Ultimate Fighting Championship lightweight ladder has brought him to a face-to-face meeting with Takanori Gomi.

In the twilight of his storied career, Gomi, 35, has won three of his past four fights, a controversial and widely panned split decision loss to Diego Sanchez the lone misstep. Jury believes he possesses the weaponry needed to curb the Japanese veteran’s resurgence.

“I’m very confident that I have the tools to beat Takanori Gomi,” he told Shoot Media in a pre-fight interview. “I feel like he’s always a dangerous opponent. I’m going to do whatever it takes to get the win. My fighting style is I look for finishes, but at the same time, I’m strategic, too. Whatever openings I see, I’m looking to take advantage of in this fight. If that means getting a win [by] a finish, then that’s what it is. If it means getting a decision, [then] that’s what it is.”

Spawned by the same Alliance MMA camp that gave rise to fighters like Dominick Cruz and Phil Davis, Jury has begun to carve out his own footprint in mixed martial arts. The 25-year-old Hazel Park, Mich., native has quietly compiled a 5-0 mark in UFC competition, this on the heels of nine consecutive victories on the regional circuit.

“Being 14-0, it doesn’t really create too much pressure,” Jury said. “I don’t look back on my fights and really put too much pressure on myself. I just feel like I go out there and I fight and perform at my best and do the best that I can. If I win, I win. If I lose, it is what it is.”

Jury, who has finished five different opponents in less than a minute, focuses not only on what occurs in the cage but on what takes place inside his head. To that end, he has enlisted the support of a sports psychologist.

“I really feel like the mental part of the sport is huge, and I feel like it’s very underused and it’s very overlooked,” he said. “A fighter’s positive attitude is very important going into a fight, not only a fight but just life in general. If you’re negative and you think negative, you’re going to attract negativity. Vice-versa with positivity: If you think positive and you look for positive outcomes in life, that’s what you’re going to get.”

GOING TO THE XTREME 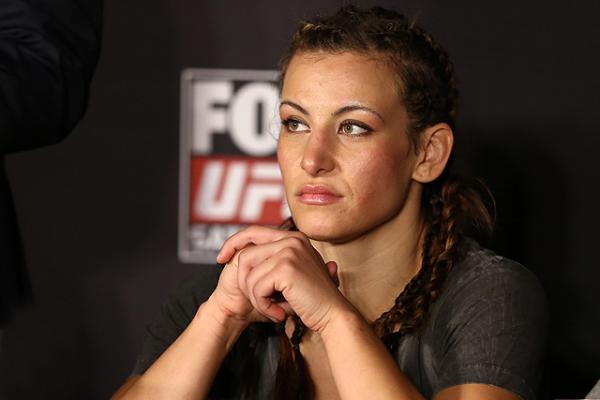 The onetime Strikeforce champion will do battle with the undefeated Rin Nakai in a featured women’s bantamweight affair at UFC Fight Night “Hunt vs. Nelson.” Ahead of the bout, Tate dropped anchor at Xtreme Couture in Las Vegas, where she now trains under Brazilian jiu-jitsu black belt and former Team Quest head coach Robert Follis. The 28-year-old Tate stopped the bleeding from a two-fight losing streak at UFC on Fox 11 in April, when she took a unanimous decision from Liz Carmouche at the Amway Center in Orlando, Fla. She views the change in camps as a necessary step at this stage of her career.

“I love the facility and I love the team and I love my coach -- he’s great,” Tate said. “That’s the reason I moved here, honestly, was for the great training and the expertise in coaching and everything like that. The team’s growing every day, and I’m recruiting more and more girls.”


Nelson is one of eight fighters to have held an International Fight League championship, along with Vladimir Matyushenko, Matt Horwich, Ryan McGivern, Dan Miller, Jay Hieron, Ryan Schultz and Wagnney Fabiano ... According to FightMetric figures, Hunt, the 2001 K-1 World Grand Prix winner, owns the second-best takedown defense among heavyweights in Ultimate Fighting Championship history. His 84-percent success rate trails only that of Andrei Arlovski (88.4) ... Yoshihiro Akiyama has not recorded a victory since edging Alan Belcher by split decision at UFC 100 more than five years ago ... Kiichi Kunimoto has executed nine submissions in his career: three by arm-triangle choke, two by armbar and one each by rear-naked choke, shoulder choke, guillotine choke and triangle choke ... Fast-rising flyweight contender Kyoji Horiguchi lists Norifumi Yamamoto as his hero ... Former Sengoku champion Masanori Kanehara has as many combined draws and losses (16) as Alex Caceres has total fights ... Japanese karateka Katsunori Kikuno sports 12 first-round finishes on his resume ... The four men to whom Korean Top Team export Hyun Gyu Lim has lost -- Tarec Saffiedine, Dmitry Samoilov, Max Fernandez and Greg Soto -- own a cumulative 45-12-1 record ... Kyung Ho Kang has competed as a bantamweight, featherweight and lightweight since entering the professional mixed martial arts field in 2007 ... Alliance MMA’s Johnny Case hails from Jefferson, Iowa, a small town of less than 5,000 people in the west-central section of the Hawkeye State ... Maximo Blanco, a onetime lightweight King of Pancrase, has been disqualified twice in a career that spans just 17 fights ... The UFC has held 32 events in 2014, drawing 303,127 in announced attendance.