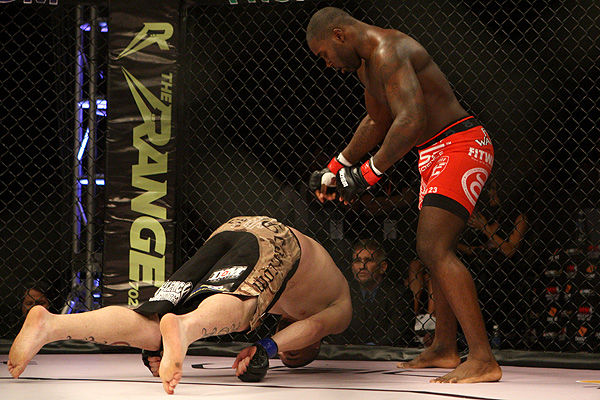 It wasn’t a debut for the ages, but the World Series of Fighting’s foray into the unforgiving business of mixed martial arts wasn’t a total flop, either.

Boasting a “stacked” card consisting primarily of fighters who made their names competing for more prominent organizations, the fledgling promotion managed to offer a lineup full of entertaining, if not always competitive, bouts at the Planet Hollywood Casino and Resort in Las Vegas on Saturday night.

Save for the confusion regarding how many preliminary bouts were going to stream live on Sherdog.com (the answer: a disappointing three), the event went off without a hitch. Andrei Arlovski continued his mini-resurgence, Anthony Johnson showed that he can have knockout power without cutting obscene amounts of weight and Tyrone Spong established himself as a future person of interest inside the cage -- all on a well-produced NBC Sports Network broadcast. While there were obvious mismatches, with the aforementioned Mr. Spong’s duel with Travis Bartlett being the most egregious example, and more faded talents than developing prospects on the bill, the promotion did well enough to deserve a second look.

According to WSOF President Ray Sefo, that sophomore effort will occur on Jan. 26 in Las Vegas, with hopes of a potential third show moving outside the realm of Sin City. Until we get a clearer picture of what the promotion’s relationship with NBC Sports will be, it is best to hold off on forecasting its long-term future. Instead, let us take a look back on what transpired Saturday. Here are five observations from the WSOF’s maiden voyage.


It is understandable if you are underwhelmed by the Belarusian’s recent hot streak, because Ray Lopez, Travis Fulton and Devin Cole are nobody’s idea of a murderer’s row. But factor in Arlovski’s bogus no-contest against Tim Sylvia at One FC 5, a fight which he for all intents and purposes won, and you are looking at a streak of four consecutive finishes for the “Pit Bull.” In a division still scrambling for blue-chip talent, that should be enough to earn a call-up to the big show.

While questions regarding Arlovski’s chin will always resurface when he is paired with upper-echelon competition, those queries will not be answered inside the WSOF decagon. Heavyweight prospects remain extremely scarce -- just look at Bellator’s nondescript roster of big men. Now that he has several camps at Jackson’s Mixed Martial Arts under his belt, it is not unreasonable to think that Arlovski could handle the Christian Morecrafts and Philip De Fries of the world. If a return to the Octagon is not palatable for Zuffa brass, then pair the former heavyweight king with Daniel Cormier or Josh Barnett before their Strikeforce contracts expire. Any of the above is preferable to a fifth bout with Sylvia at WSOF 2. 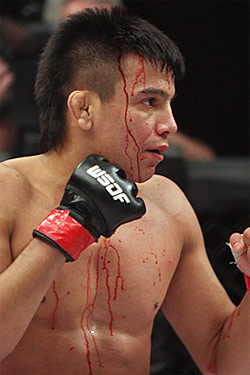 WSOF’s next interesting fight won’t resonate with the casual fan:


It is likely that the WSOF expected Miguel Torres and Tyson Nam to headline its next event. After all, Torres was the promotion’s first announced signing and was one of the most prominent figures at the initial WSOF press conference. Marlon Moraes had other ideas. The 24-year-old bantamweight looked impressive in capturing a split decision against the former World Extreme Cagefighting champion, and now it is Moraes who will square off with Nam, possibly on the Jan. 26 card.

Moraes was Saturday night’s breakout performer, and there has been a buzz surrounding Nam ever since he knocked out Bellator bantamweight ruler Eduardo Dantas at Shooto 33 in August. Neither name will boost ratings with the average fan, but the pairing showcases the type of up-and-coming talent that will give the organization long term credibility -- a formula that has worked well for Bellator and the WEC before it.

If he wants it, Tyrone Spong has a bright future in MMA:


Forget for a moment that Spong’s first victim, Travis Bartlett, looked like someone straight from the Toughman circuit. Everyone has to start somewhere, and despite Spong’s accomplished background as a kickboxer, it didn’t make sense to throw him to the wolves in his first mixed martial arts bout.

While it would have been nice to see Bartlett do more than stand with his back to the cage, there will be plenty of time to learn what Spong has to offer when a fight moves out of his comfort zone. Here is what we do know about “The King of the Ring” so far: He has lethal standup, he comes from a talented camp (the Blackzilians) and MMA is not just his flavor of the month. If Spong does choose to take an extended hiatus from kickboxing, it is not farfetched to think he could, at the very least, be a consistent “Fight of the Night” candidate in the Octagon in the not-too-distant future.


The WSOF offered a 10-bout card on Saturday night. The original expectation was that five of those fights would be broadcast on the NBC Sports Network, while the remaining five preliminary contests would be streamed live on Sherdog.com. As it turned out, only four fights were shown on the main card, and three made the preliminary stream.

Why did fans miss out on a competitive three-round battle between Ronys Torres and Brian Cobb and Tyson Steele’s surprise TKO of Gregor Gracie? The network wanted to have pre-taped content to air in case any problems occurred during the main card broadcast. Considering that UFC loyalists have become accustomed to viewing every fight card in its entirety, it was something of a letdown that all of the WSOF bouts were not accessible. The guess here is, were it up to Ray Sefo and Co., every fight would have been made available, but that’s the cost of doing business with a prominent television partner.


If Johnson’s kidneys are first in line when it comes to protesting his fighting career, then his retinas can’t be far behind. On Saturday, “Rumble” Johnson was the apparent victim of an eye poke in his co-main event bout with D.J. Linderman, but the alleged foul was missed by referee Herb Dean, and the contest continued. Sensing an opportunity, Linderman rushed forward, only to be knocked cold by a right hand from the still vigorously-blinking Johnson.

Anyone familiar with Johnson’s poke-fests against the likes of Kevin Burns and Josh Koscheck knows that this is par for the course for the UFC veteran, but perhaps it was those ordeals that taught Johnson how to adapt when an opponent launches into a Three Stooges routine. At any rate, it might be time for the Blackzilians member to apply for a state athletic commission-approved goggle exemption before his next bout.