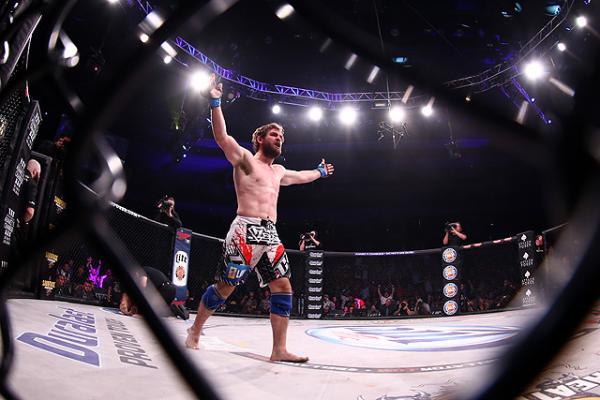 Brett Cooper will duke it out with the unbeaten Brandon Halsey in the Bellator MMA Season 10 middleweight tournament final at Bellator 122 on Friday at the Pechanga Resort and Casino in Temecula, Calif. The event -- the main card airs on Spike TV at 9 p.m. ET/8 p.m. CT, with the prelims streaming to Spike.com at 7 p.m. ET/6 p.m. CT -- will be the promotion’s first under new Bellator President Scott Coker.

A Reign MMA export, Cooper moved into the tournament final with a second-round knockout against “The Ultimate Fighter” Season 3 winner Kendall Grove at Bellator 114 in March. The 27-year-old Los Angeles native has compiled a 7-4 record in Bellator, with two of those defeats coming against current middleweight champion Alexander Shlemenko -- the man he would face with a victory over Halsey. Cooper has secured more than half (13) of his 20 professional wins by knockout or technical knockout.

Halsey advanced to the 185-pound final with a unanimous decision over Joe Pacheco at Bellator 116 in April. The 27-year-old wrestled collegiately at Cal State Bakersfield, where he was a 2007 Pac-10 conference champion and a 2009 NCAA All-American. Anchored at the HB Ultimate camp, Halsey owns victories over Ultimate Fighting Championship veterans Hector Ramirez and Shonie Carter.

With the Cooper-Halsey tournament final as one of the showpieces, here is what to watch for at Bellator 122:


Adam McDonough will enter his Season 10 welterweight tournament final against Andrey Koreshkov with a chip on his shoulder and a perfect 11-0 record in tow.

McDonough arrived in Bellator to little fanfare in September and proceeded to rattle off consecutive victories over Johnny Buck, Jesse Juarez and reigning Maximum Fighting Championship titleholder Nathan Coy. A creative offensive fighter with a nose for the finish, the 28-year-old Minnesotan has authored nine stoppages in his 11 career wins. Having taken out Coy by second-round knockout in April, McDonough faces some serious heavy lifting in his matchup with Koreshkov.

A Shlemenko understudy, Koreshkov has responded to his first professional setback -- a technical knockout loss to Ben Askren a little less than a year ago -- with wins over David Gomez, Nah-Shon Burrell and Justin Baesman. The 23-year-old Russian has put away 10 different opponents inside one round. 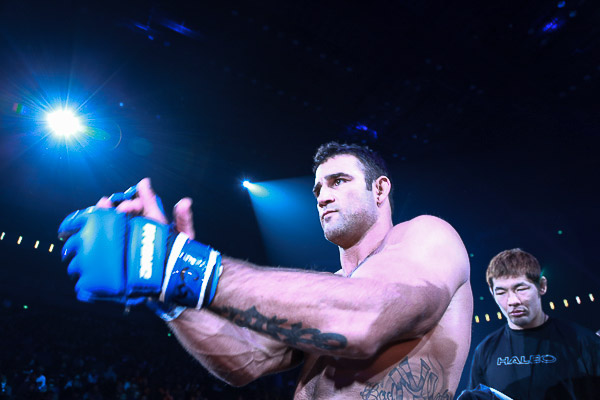 Photo: Taro Irei/Sherdog.com
Baroni owns a 15-17 record.
Those who want some train wreck in their diet need look no further than the welterweight pairing between Karo Parisyan and Phil Baroni.

Once one of the world’s best fighters at 170 pounds, Parisyan’s was derailed by injuries and an addiction to prescription painkillers. The 31-year-old judoka has enjoyed something of a resurgence of late, with wins in four of his last six appearances. Parisyan picked up his first victory under the Bellator banner in April, stopping the American Kickboxing Academy’s Ron Keslar on second-round punches.

Much has changed since Baroni turned Dave Menne’s head into a speed bag at UFC 39 and ascended to the top of the Octagon to declare, “I’m the best. I’m the man.” The “New York Bad Ass” has put together a 10-16 mark since and has not recorded back-to-back wins in nearly six years. Baroni, 38, last fought inside One Fighting Championship in May, succumbing to first-round punches from Nobutatsu Suzuki.

Bubba Jenkins burst on the MMA scene with four straight finishes, three of them within one round, and quickly emerged as one of the sport’s most promising prospects. A two-time NCAA All-American wrestler at Penn State University (2008) and Arizona State University (2011), he won a national championship with the Sun Devils as a senior before crossing over to mixed martial arts. Jenkins then linked arms with American Top Team, driving expectations skyward. While a loss to LaRue Burley in in September slowed his ascent, the 26-year-old remains very much a part of Bellator’s plans moving forward.

Jenkins will carry a two-fight winning streak into his matchup with the well-traveled Poppies Martinez. “The Tachi Kid” is 10-1 in his last 11 outings.

McGeary continues to fly under the radar despite a propensity for the spectacular quick finish. The Renzo Gracie protégé has scored 22-, 27-, 76-, 78- and 91-second stoppages in elevating his record to a perfect 7-0. His counterpart, Valavicius, will enter the cage with far more experience and plenty of momentum, having won nine of his past 10 fights. The Lithuanian striker once fought Fedor Emelianenko in Rings.

Meanwhile, American Top Team’s Anundson will look to bring his strong amateur wrestling background into play at the expense of the unbeaten Lins. The 29-year-old Anundson has won five fights in a row, largely on the strength of takedowns, ground-and-pound and an opportunistic submission game. Operating out of the Nova Uniao Kimura camp in Brazil, Lins has executed a pair of rear-naked choke submissions since touching down in Bellator in April.