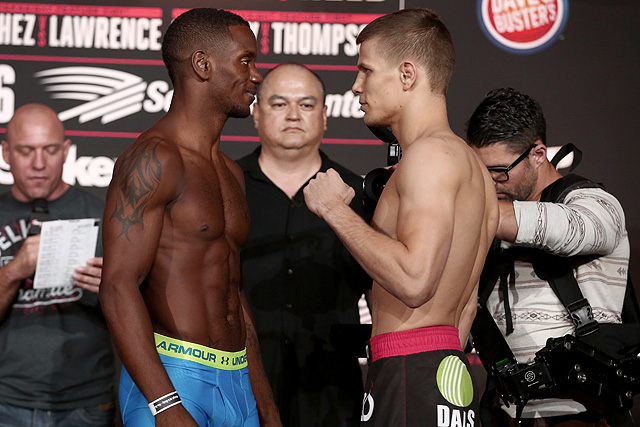 Will Brooks has been the class of Bellator’s lightweight division. | Photo: Dave Mandel/Sherdog.com


Premier lightweights are at a premium in mixed martial arts, and Bellator MMA has one in American Top Team’s Will Brooks.

Brooks will put the promotion’s 155-pound championship on the line against Polish submission specialist Marcin Held in the Bellator 145 “Vengeance” co-main event on Saturday at the Scottrade Center in St. Louis. There, he will try to become just the second fighter in Bellator history to successfully defend the lightweight title more than once.

A Chicago native who excels in all phases of MMA, Brooks has enjoyed a steady rise from prospect to contender to champion. He will carry a seven-fight winning streak into the cage, having last competed at Bellator 136 on April 10, when he took a five-round unanimous decision from World Extreme Cagefighting veteran Dave Jensen at the Bren Events Center in Irvine, Calif. Brooks, 29, has delivered nine of his 16 professional victories by knockout, technical knockout or submission and owns a stellar 8-1 record since arriving in Bellator in January 2013.

Held has been on the radar since he was a teenager. The 23-year-old Pole has blossomed inside Bellator, piecing together a run of six straight wins since his decision loss to Jansen in 2013. Held last appeared at Bellator 136 a little less than seven months ago when his third-round kneebar secured a verbal submission from Alexander Sarnavskiy. A Brazilian jiu-jitsu black belt and accomplished grappler, he sports 12 submissions among his 21 career wins, six of them via leg lock or foot lock.

With the Brooks-Held showdown as one of the lures, here is what to watch for at Bellator 145:


Ask any reputable MMA observer to name the best fighters operating outside the Ultimate Fighting Championship, and Patricio Freire will be at or near the top of the list.

Freire will headline “Vengeance” opposite Daniel Straus, as he defends the Bellator featherweight championship against his longtime rival. The two men have met twice previously, with “Pitbull” banking a unanimous decision against Straus at Bellator 45 in 2011 before scoring a rear-naked choke submission in their Bellator 132 rematch on Jan. 16. The 28-year-old Brazilian followed his latest victory over Straus with a second-round knockout against former M-1 Global champion Daniel Weichel in June. Freire has won his last seven fights, five of them finishes.

Straus has rattled off 20 wins across his last 23 outings, losing only to Freire (twice) and Pat Curran. The American Top Team export rebounded at Bellator 138 on June 19, when he submitted Henry Corrales with a second-round guillotine choke. 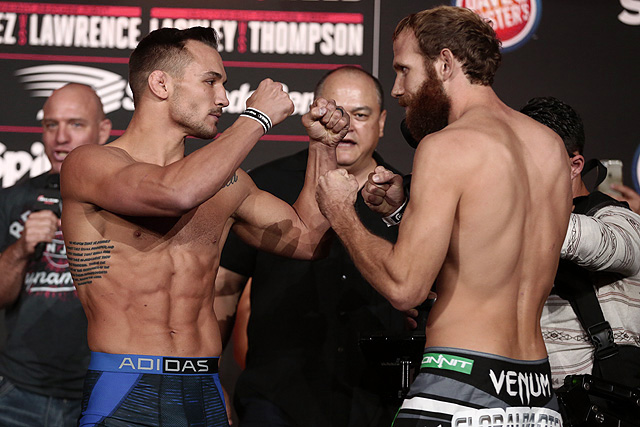 (+ Enlarge) | Photo: D. Mandel/Sherdog.com
Can Chandler recapture the magic?
Two years ago, Michael Chandler was viewed by some as the centerpiece of the Bellator organization. He was 12-0 and had captured the lightweight crown in a riveting “Fight of the Year”-caliber encounter with Eddie Alvarez. However, three consecutive losses to Alvarez and Brooks (twice) left Chandler as something of a forgotten man at 155 pounds.

An NCAA All-American wrestler at the University of Missouri, Chandler returns to the cage for a rematch with the mercurial David Rickels in a featured lightweight scrap. The 29-year-old Alliance MMA standout put an end to his three-fight skid by tapping Derek Campos with a rear-naked choke at Bellator 138 in June and would like nothing more than to build on the momentum.

Rickels has been a Bellator staple since 2011, with wins over Saad Awad, J.J. Ambrose and Davi Ramos, among others. “The Caveman” has not fought his Bellator 139 match with John Alessio ended in a no-contest. Chandler knocked out Rickels in 44 seconds in their first meeting back in July 2013.


Bobby Lashley will get the chance to avenge one of his two career defeats, as he continues to shed the sideshow label that has followed him since he transitioned from professional wrestling to MMA.

The 39-year-old former World Wrestling Entertainment star will take on Pride Fighting Championships alum James Thompson in a heavyweight showcase, looking for some payback from a 2012 match under the Super Fight League banner in which the notoriously aggressive Englishman defeated him by unanimous decision. Lashley has won all six of his fights since, including a second-round TKO on Dan Charles at Bellator 138 in June.

Thompson, 36, has gone the distance just four times in his 35-fight career. He last competed at Bellator 121 in June 2014, when he stopped Eric Prindle on first-round punches in his promotional debut.


Emmanuel Sanchez and Justin Lawrence are two of Bellator’s more promising young featherweights, and they will share the main-card stage with stakes on the rise.

A protégé of former world kickboxing champion Duke Roufus, Sanchez has won seven of his past eight bouts -- a decision loss to Curran as a short-notice replacement the only misstep. The 25-year-old rebounded at Bellator 143 on Sept. 25, when he walked away from the State Farm Arena in Hidalgo, Texas, with a split decision over the aforementioned Corrales.

Lawrence appeared on Season 15 of “The Ultimate Fighter” reality series and reached the quarterfinals before being eliminated by eventual winner Michael Chiesa. Since being released by the UFC following a submission loss to Daniel Pineda in April 2013, he has gone 4-0 and laid claim to the Resurrection Fighting Alliance featherweight championship.