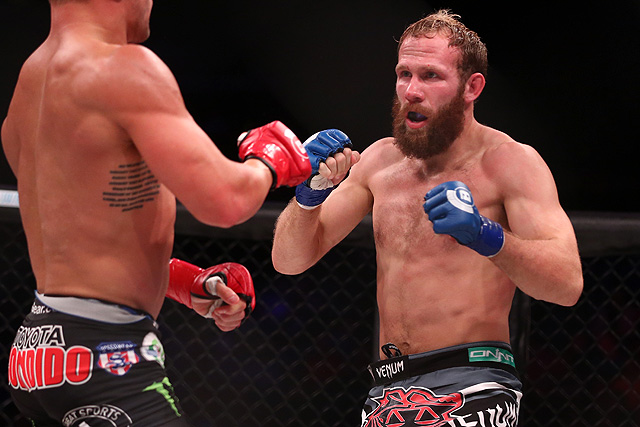 David Rickels came up short in his quest for vengeance. | Photo: Dave Mandel/Sherdog.com


Despite eight finishes and a pair of five-round title fights, it appears the fighters of Bellator 145 emerged relatively unscathed from the Nov. 6 show.

Only four of the card’s 26 competitors were served with medical suspensions by the Missouri Office of Athletics, which on Monday released event information from the Spike TV-broadcast card at Scottrade Center in St. Louis.

David Rickels will be required to sit out 30 days after being punched out in the second round of his lightweight rematch with former champion Michael Chandler. The bout was a rematch of a July 2013 contest which saw Chandler knock out Rickels in just 44 seconds.

English heavyweight James Thompson also came up short in his rematch with Bobby Lashley, and “The Colossus” will spend a month on the sideline after suffering a 54-second technical knockout. Thompson won the pair’s first meeting via three-round decision in a 2012 bout for India’s Super Fight League.

Also dealt 30-day suspensions were former “Ultimate Fighter” competitor Adam Cella, who was stopped in the third round by Chel Erwin-Davis, and featherweight Brandon Lowe, who was TKO’d by Rashard Lovelace.