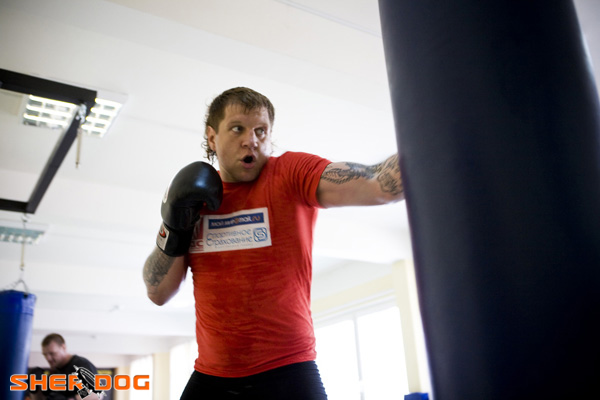 Just three months after deciding to hang up his gloves for good, former Pride veteran Aleksander Emelianenko has done an about-face and announced that he wants to resume his 10-year professional fighting career for Russian organization ProFC.

“I have spent the last few months in an Orthodox monastery on Mount Athos in Greece and had many conversations with the elders and priests there,” the 31-year-old stated in a release on the promotion’s website. “I communicated a lot with Elijah, the confessor of our Metropolitan, and he gave me the advice and the blessings to return to the sport. I have since signed a long-term contract [with ProFC] and soon, tentatively in the summer, you will see my debut inside their cage.”

With his retirement just lasting a quarter of a year, Emelianenko beats out English knockout artist Paul Daley for the quickest return to action after walking away. In 2008, the controversial Brit had a four-month stint during which he considered himself retired. Emelianenko last competed at M-1 Challenge 35 on Nov. 15, falling to Jeff Monson via second-round submission.

Now that the younger of the two Emelianenko brothers will return to action, questions arise about a possible comeback of one of the sport’s most successful and beloved icons in his brother, Fedor Emelianenko. In a recent television interview with Russian channel RT Sports News, the 36-year-old “Last Emperor” continued to remain true to his stance when he claimed that, “Only if God tells me to come back, [I will come out of retirement].”