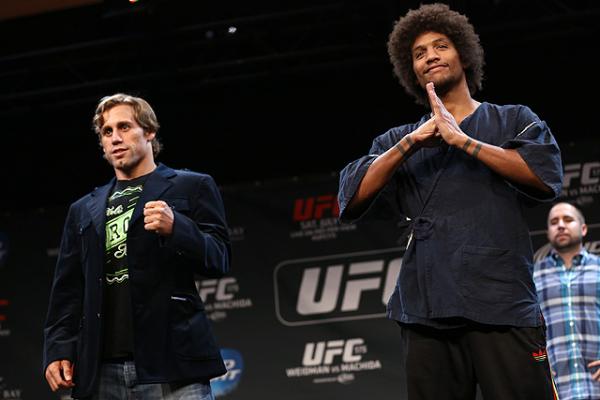 
Urijah Faber has suffered an undisclosed injury and will no longer face Masanori Kanehara when the UFC heads to Japan on Sept. 20.

As a result, Alex Caceres will step in for “The California Kid” at UFC Fight Night “Hunt vs. Nelson” at the Saitama Super Arena in Saitama, Japan. A promotion official confirmed the change to Sherdog.com after an updated card for the event appeared on the UFC Japan website.

In addition, Amir Sadollah has agreed to step in for the injured Kyle Noke against Yoshihiro Akiyama in a featured welterweight tilt. Sadollah was originally expected to square off against Nicholas Musoke at UFC Fight Night in Stockholm on Oct. 4 before Noke went down.

Caceres last fought at UFC 175, where he was submitted by a Faber rear-naked choke 1:09 into the third round. Prior to that defeat, “Bruce Leroy” was unbeaten in his last five Octagon appearances.

In his most recent bout, Kanehara had a six-fight winning streak halted with a disqualification loss when it was ruled that he intentionally threw Toshiaki Kitada out of the ring at Deep “66 Impact.” Kanehara owns notable wins against Norifumi Yamamoto, Chan Sung Jung and Michihiro Omigawa.