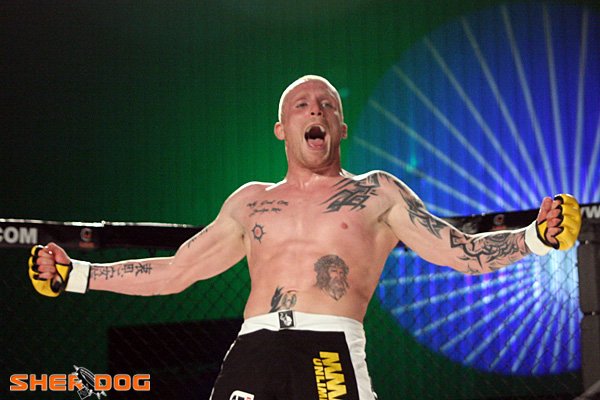 A welterweight main event between Jim Wallhead and Matt Veach will top the bill for BAMMA 12.

Wallhead, 28, returns to the cage for the first time since his defeat to Lyman Good in the Bellator Season 7 welterweight tournament. That setback snapped a two-fight winning streak for the Brit, who has won 10 of his last 12 fights. “Judo Jim” made his British Association of Mixed Martial Arts debut in September 2011, stepping up on four weeks’ notice to defeat Frank Trigg at BAMMA 7. Wallhead would maintain his momentum through his next contest just two months later, as the 7-year pro dispatched Strikeforce vet Joey Villasenor in just 48 seconds at BAMMA 8.

Veach, 31, was released from the UFC in 2010 after back-to-back submission defeats to Frankie Edgar and Paul Kelly. Though the Illinois native rebounded with four straight victories, he was submitted in each of his next two contests, tapping out to armbars applied by Drew Fickett and Eric Wisely. Veach returned to his winning ways in his last appearance, earning a first-round technical knockout over Zac Kelley on Aug. 18.