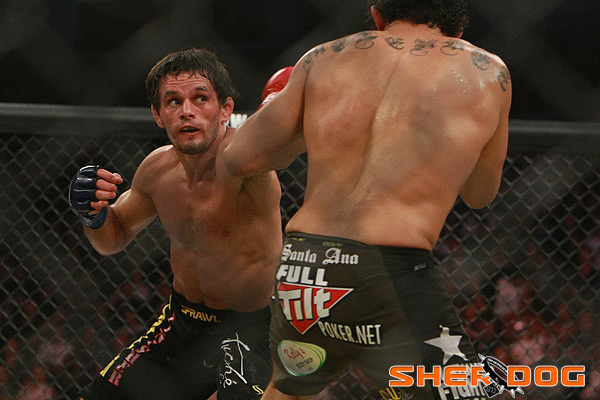 The 32 fighters who will compete for a UFC contract on “The Ultimate Fighter: Brazil” have been announced.

Wanderlei Silva and Vitor Belfort will coach the opposing teams, which will consist of featherweights and middleweights. The opening episode will feature a series of elimination fights to whittle the cast from 32 members to the 16 fighters who will officially enter the ‘TUF Brazil’ house. Notable entrants include Strikeforce and Sengoku veteran Rodrigo Damm as well as 10-time IFL competitor Delson Heleno.

Unlike the latest incarnation of its American counterpart, “TUF: Brazil” will not be live. Instead, the show will follow a format similar to that of previous seasons, with taped fights at the conclusion of each episode.

Silva and Belfort are expected to square off this summer in Brazil, although a date and event have not been formally announced. It is also unclear when the finalists of the reality show will lock horns.

Taping for the international debut of the popular reality series began in February, and the show will premiere on March 25 on the Brazilian television station Globo. At the same time, it will stream on UFC.com; episodes will also air on Fuel TV, with times to be announced.