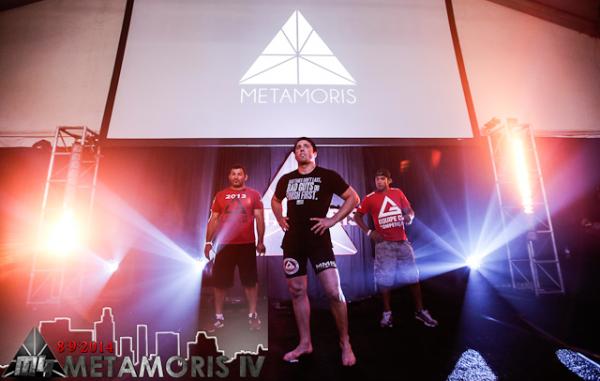 Chael Sonnen will compete against Renato Sobral at Metamoris 6 on May 9 in Los Angeles.

Sherdog.com confirmed the matchup with Metamoris officials following an initial report from MMAFighting.com. The report adds that the event location has yet to be decided upon and Sonnen versus “Babalu” will not serve as the card’s main event.

Sonnen made his Metamoris debut at Metamoris 4, where he was submitted by Andre Galvao before the 20-minute period expired. Meanwhile, “Babalu” last was in action for the Ralek Gracie-led promotion at Metamoris 3, where he and Dean Lister grappled to a draw.

This submission-only match will be a rematch of sorts, as Sonnen and Sobral fought each other at UFC 55. Although their first encounter was a mixed martial arts bout, the Brazilian finished Sonnen via triangle choke.

Prior to Invicta FC 11, “Babalu” spoke with Sherdog.com regarding his upcoming exploits, including how he remains competitive when it comes to Brazilian jiu-jitsu.