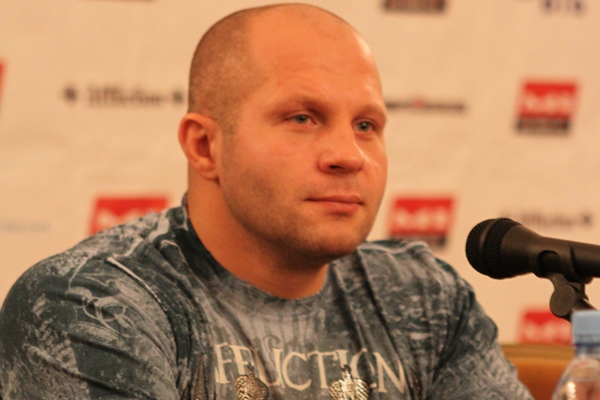 However, the real story of Saturday’s ceremonies for M-1 Global “Fedor vs. Monson” came when Monson missed the pre-fight press conference and official weigh-ins. M-1 officials explained that the American had gone to pick his wife up from a nearby airport and had become stuck in the notoriously heavy Moscow traffic. Emelianenko, for his part, took no offense at his opponent’s absence. 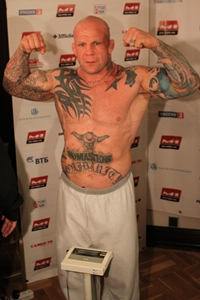 T. Leidecker
Monson weighed in late.
“It was his first time in Moscow and Russia, and sometimes these things happen,” Emelianenko said. “For me, family comes first as well.”

Monson eventually hit the scale roughly one hour after the official weigh-ins. Meanwhile, several other competitors had trouble making their marks: Russian light heavyweight Salim Davidov, Frenchmen Seydina Seck and Xavier Foupa-Pokam, and American duo Joshua Thorpe and Jose Figueroa all missed weight on their first attempts and needed a second try to get their fights green-lighted.

The most interesting tidbit to come out of the press conference was Emelianenko’s Dutch manager, Apy Echteld, stating that the Russian’s team is in talks with Dream and Real Entertainment about booking Emelianenko’s next fight on New Year’s Eve in Japan, possibly against 2008 Olympic judo gold medalist Satoshi Ishii. Former Pride Vice President Sotaro Shinoda is currently in Moscow to negotiate the fight.